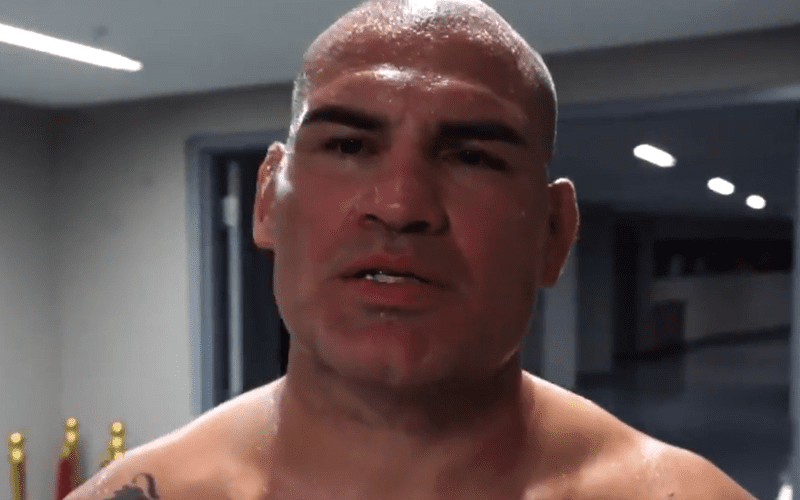 Cain Velasquez wrestled in Mexico City on Saturday night. This was a big match for him as his second contest in WWE. After the match was over, he was able to talk about his experience.

Velasquez was recently at the WWE Performance Center learning some lucha things with the Lucha House Party. He said that it’s a blessing to come back to Mexico and perform in front of the fans who were with him since day one.

“For me it’s just a blessing to come back to Mexico. Whether I’m competing or just doing whatever here. I think the people and the fans they are the best. Obviously, they’ve been some of my dearest most die-hard fans I’ve had throughout my whole UFC career and now my pro wrestling and WWE career.”

“So to come here and perform which I’ve done a couple of times and I always feel great coming here and doing it in front of the fans who were behind me since day one.”

Cain Velasquez doesn’t have a next match announced at this point and he sat out of Survivor Series. It will be interesting to see where he appears next because the road to WrestleMania is coming up in a matter of months.