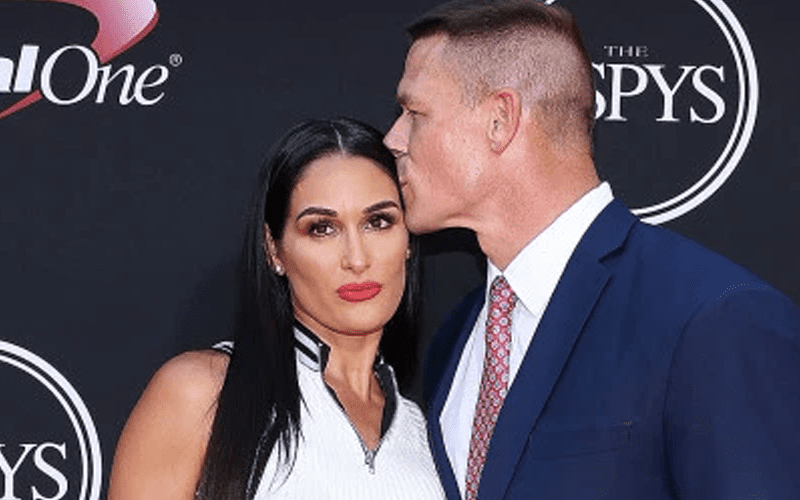 John Cena and Nikki Bella broke up some time ago, but on this Thanksgiving Day, apparently Nikki Bella could be thankful that she split with Cena.

Radar Online reports that a close source to the Bella Twins says that Nikki is “blessed” that she didn’t marry John Cena. She is much happier with her new boyfriend Artem Chigvintsev and her “close family members” also believe her relationship with Artem was “meant to be.” This means that her breakup with Cena was destined as well.

It was also said that things between Bella and Cena were good before the wedding talk. In the end, “she’s found her true happiness.”

The family source added that while Nikki’s relatives “wish the best” for John, they’re relieved he and Nikki “didn’t go that far.”

“It was good it ended before a wedding. She’s just blessed that it happened this way. When she does decide to marry, it’ll be a first, true wedding,” the source continued.

John Cena also seems very happy with his new girlfriend. Now they can carry on and remember the good times. At this point there doesn’t seem to be any sign of them looking back or rekindling what they once had.