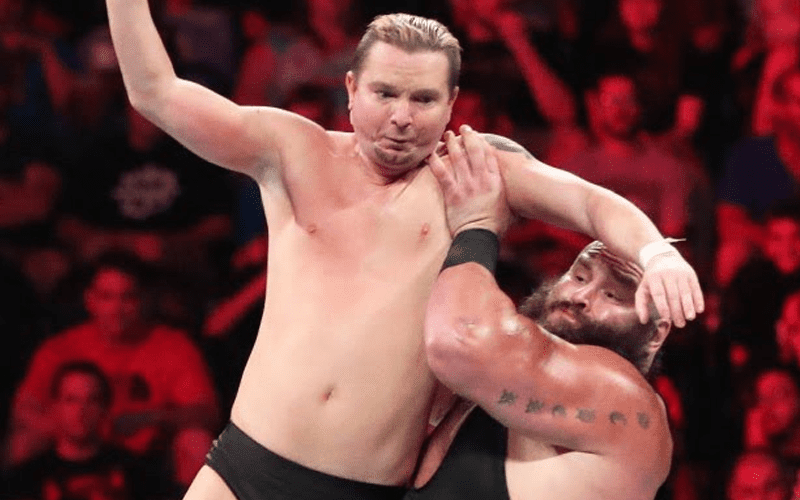 James Ellsworth is still working the indies after his run with WWE. His time with Vince McMahon’s company provided him with a ton of exposure that would have never been possible before.

While speaking to Hannibal TV, Ellsworth discussed some of his favorite WWE memories. He was fortunate to be a part of many impressive angles in the company and he remembers his time fondly.

“Doing WrestleMania, doing Madison Square Garden, doing the Royal Rumble, there’s a lot of great memories. Grabbing the Money in the Bank contract and making everyone mad. That was fun. Working with John Cena, got to wrestle him on SmackDown. A lot of cool stuff and memories I’ll always cherish.”

James Ellsworth recently proposed to his girlfriend in the middle of Disney World, and she said yes. That is another memory that he will obviously cherish.

We’ll have to see if James Ellsworth will ever make a return to WWE, but he certainly made an impression during his run with the company.