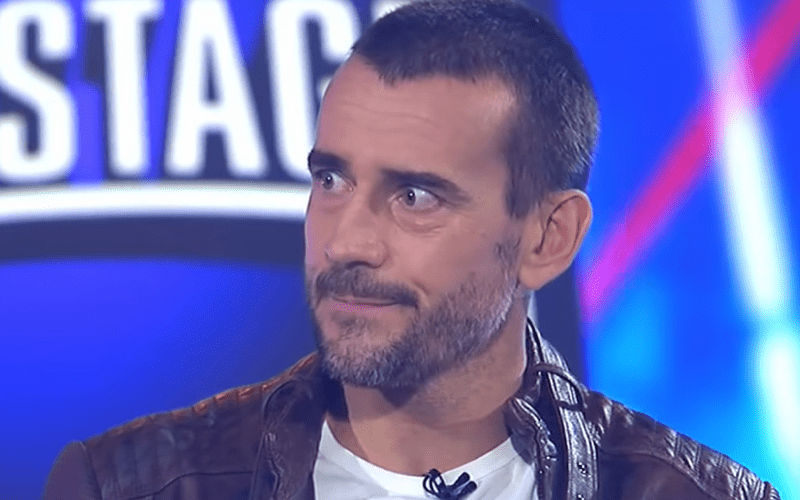 CM Punk is appearing on WWE Backstage, but that doesn’t mean he is wrestling again. They really wanted to make sure that fans weren’t expecting Punk at NXT TakeOver: WarGames because he wasn’t there.

Team Ciampa had a mystery partner on his side who turned out to be Kevin Owens. Triple H spoke about this mystery man in the post-TakeOver conference call where he revealed that they haven’t had a conversation with Punk. He didn’t even want Sam Roberts alluding to the fact that it might have been the Second City Savior surprising Chicago at TakeOver as Sean Ross Sapp reported.

Triple H has not talked to CM Punk. “We’ve not had that conversation. He’s working for FOX.” He says when people want something so bad they say “so you’re saying there’s a chance?”

He didn’t want Sam Roberts even saying “the person” and “Chicago” in the same sentence when teasing the fourth partner on team Ciampa, as to not make people think CM Punk would be there.

We’re not certain of Kevin Owens’ long-term status with NXT, but CM Punk certainly wasn’t to be expected. NXT TakeOver: WarGames still turned out pretty good all things considered. Let’s just see how many times Chicago chants “CM Punk” during the rest of the shows scheduled for the Windy City.