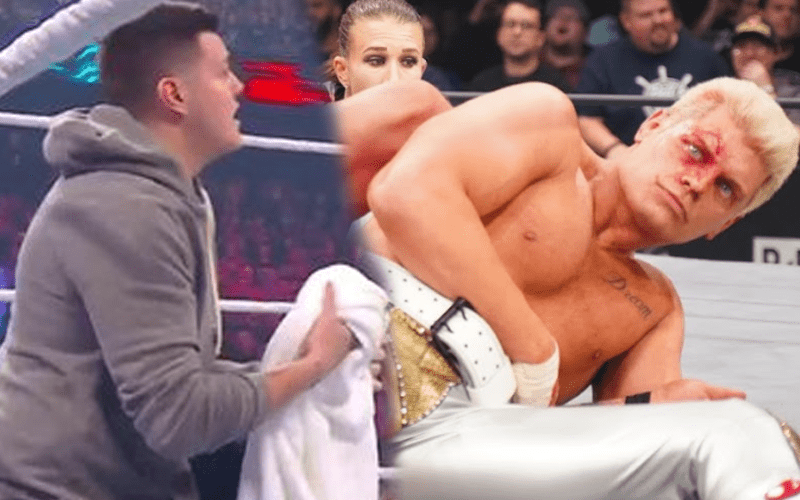 WWE On Fox might only comment on WWE shows, but they apparently pay attention to AEW as well. The Brock Lesnar vs Rey Mysterio match opened the door to take a shot at AEW and WWE On Fox took full advantage of that.

During Mysterio’s match against Lesnar, Dominic ran to the ring. Rey’s son tried to throw in the towel, but Lesnar stopped him. Then the match carried on.

Chris Jericho vs Cody Rhodes at Full Gear ended with MJF throwing in the towel as he stood in Cody’s corner. This is why it is so interesting that WWE On Fox’s Twitter account tweeted out: “Throwing in the towel Not in WWE” along with two LOL emojis and a picture of Dominic trying to throw in the towel on his father.

Obviously, they were trying to say something with this comment and the fans certainly took notice.