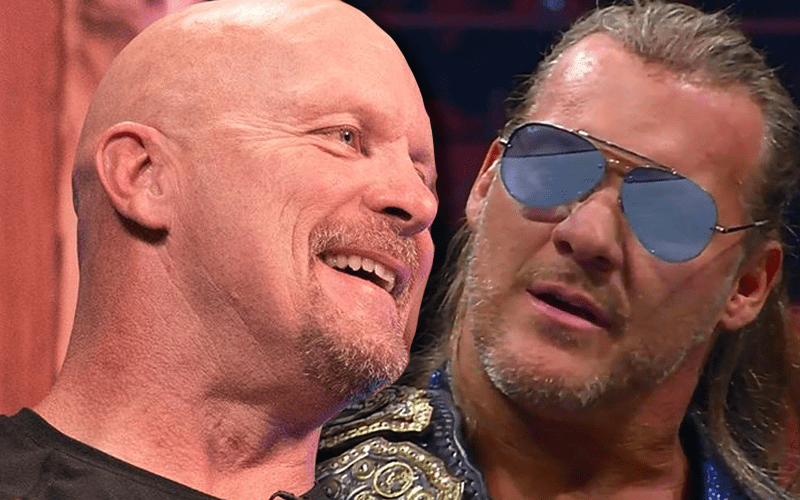 Chris Jericho made his mark in AEW by becoming Le Champion and celebrating with a little bit of the bubbly. These catchphrases and his intense wrestling persona have certainly captured Steve Austin’s interest.

Austin recently spoke to Paul Lazenby on The Steve Austin Show. Lazenby told a story about his experience with Y2J and both men praised what Jericho has been able to do at this point in his career. Then The Rattlesnake replied saying that Jericho is “about as entertaining as it gets” while putting over what he’s been able to do with his latest evolution in his character.

Chris Jericho is still AEW World Champion and with his Inner Circle surrounding him it doesn’t seem like that will change any time soon. We’ll have to wait and see what’s next for Jericho in All Elite Wrestling, but odds are he will figure out a way to make it entertaining.