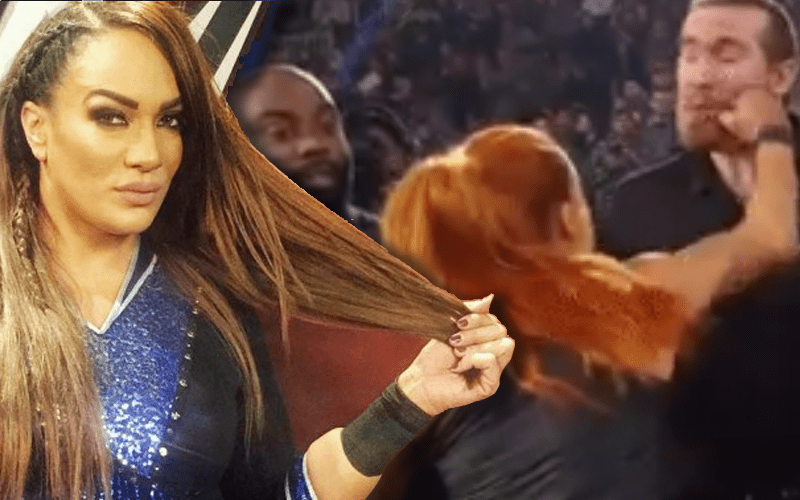 Nia Jax once ruined Becky Lynch’s Survivor Series plans with a straight shot to the face. That helped create The Man in many ways and this week on RAW Lynch took a shot right at a security guard and laid him out.

Jax was obviously watching RAW and she commented on this security guard assault. She said that if a man punched a female in the face then people would riot, but it’s different when you’re talking about The Man.

If a dude punched a female security in the face….there would be a riot. #JustSayin. But I guess that was a “man”

Nia Jax is currently out after double knee surgery. She will likely be back sometime in the first quarter of 2020, but at least she’s keeping track of current events in WWE.