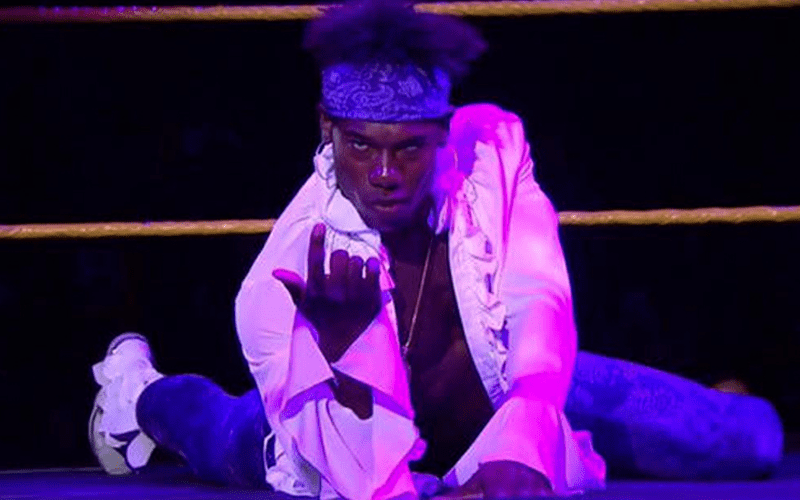 Velveteen Dream dropped the NXT North American Title and then he was written off of television. He did appear to cut a promo, but he is injured and unable to compete.

During Wrestling Observer Radio, Dave Meltzer discussed Dream briefly. He was told that Velveteen Dream will be out of action for “a couple of months.” That being said, we still probably have some time to wait until we see him again on NXT.

“Velveteen Dream was going to be a couple of months, so I think we are a little away from that.”

This is terrible timing because Velveteen Dream could have been inserted into a very entertaining Survivor Series match. Having him as part of the invasion would be fun to watch as well.

It appears that he is still unable to complete so hopefully, whenever he does return Dream will be 100% once again.