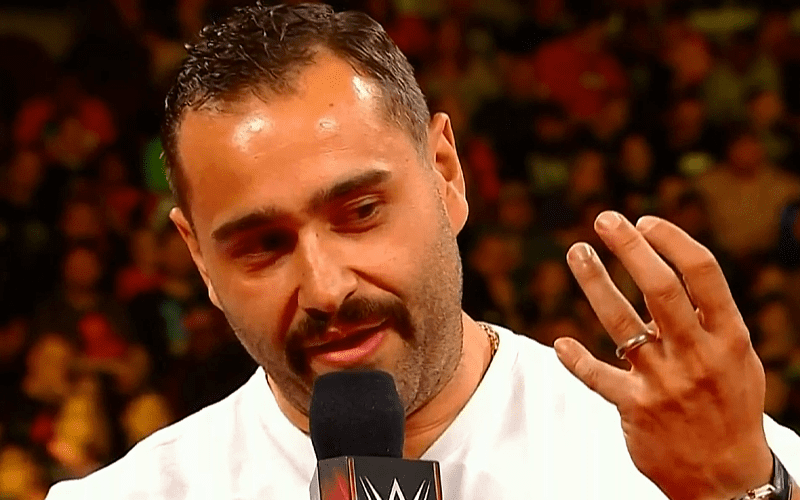 Rusev is currently involved in a storyline with Lana where she is cheating on him with Bobby Lashley. Lana might be having fun spending Rusev’s money with Lashley, but things got out of hand this week on RAW.

The Bulgarian Brute met Lashley and Lana at a restaurant that Lana apparently always wanted to go to. A fight broke out and Rusev was taken away by police.

Now WWE is not only confirming that Rusev was taken into custody, but he is now released. No charges were pressed by either Lashley or Lana.

Rusev released from custody, will appear on Monday’s Raw

WWE.com has confirmed Rusev was taken into custody by the Cleveland Police Department on Monday and was released after no charges were pressed by Bobby Lashley and Lana.

The Bulgarian Brute will be in attendance for Raw on Monday Night in Kansas City, Mo. following his chaotic attack on The All Mighty at a local fine-dining establishment.

Rusev’s rage was sparked during an appearance on “King’s Court” when Lana and Lashley appeared on the TitanTron while enjoying an extravagantly romantic meal. The former United States Champion knew the exact location of the restaurant and stormed out of the arena to pay the devious lovebirds a visit.

This is an interesting addition to this on-going storyline. Perhaps Rusev will find happiness with Lana once again. In the meantime, we’re likely to see these two continue feuding on RAW for quite some time.