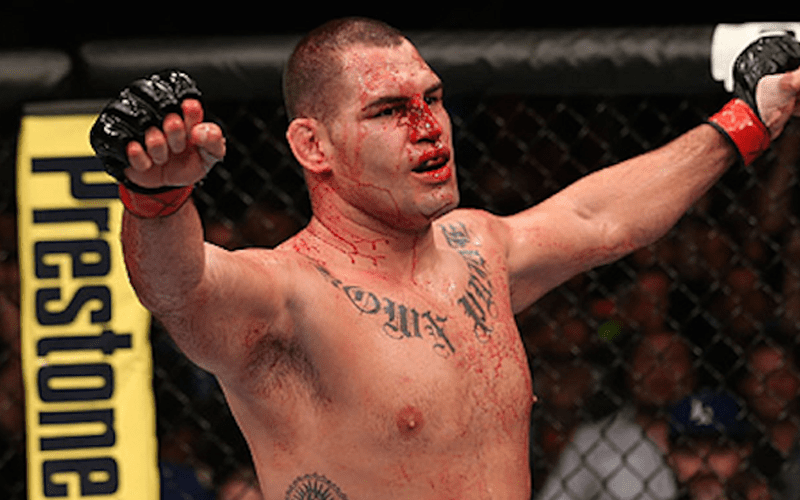 Cain Velasquez made his pro wrestling debut in AAA and since then fans have speculated that he could be headed to a much bigger company soon enough. This might be the case, but there could also be an issue holding things up.

During Wrestling Observer Radio, Dave Meltzer explained that Cain Velasquez is talking to every major pro wrestling company that he can. The biggest issue is that he’s still under UFC contract which might prohibit him from working in the USA.

“So Cain had a meeting with WWE. They’re talking with everyone essentially, New Japan, AEW, WWE. He’s still booked for AAA at the Forum show on October 13th as far as I know.”

“That’s another issues, his contract with UFC allows him to do pro wrestling in Mexico I guess because when he signed his contract he wanted to do pro wrestling, but there must be some hold-up as far as the United States market goes because October 5th there’s a show in San Jose at Mount Pleasant High […] Cain was going to do a meet and greet and Cain was gonna do a run-in, and this might have changed, but the last I heard UFC said no.”

We’ll have to see what is next for Cain Velasquez. He could certainly bring a lot of attention to whatever pro wrestling company he decides to work for. He could also use as much experience as possible since he is still relatively new to the pro wrestling world.