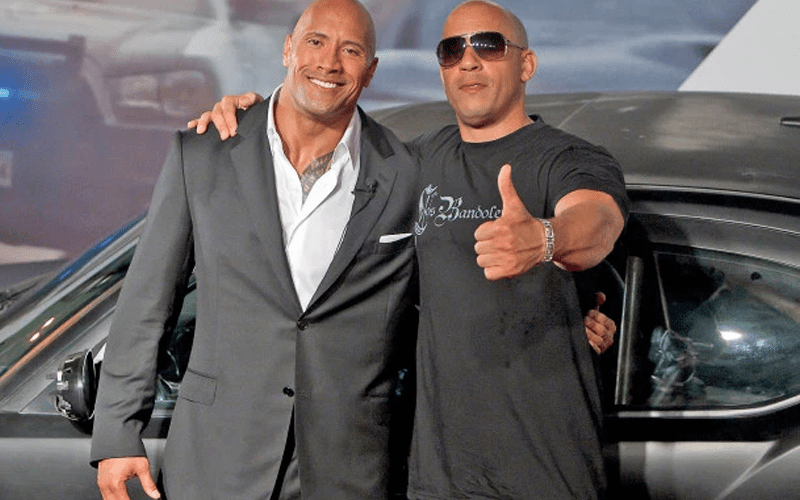 The Rock made the Hobbs & Shaw film which halted production of a 9th installment in the bigger Fast & The Furious franchise. This was thought to cause heat between Dwayne Johnson and his fellow Fast Family.

It appears that at least one beef is totally squashed now between The Great one and Vin Diesel.

The Rock sent out a big thank you to his fans for helping Hobbs & Shaw reach a global milestone of $750 million. Then after thanking everyone involved for this big expansion in the Fast & Furious franchise, he turned his attention to someone that fans thought he was feuding with: Vin Diesel.

“Lastly, but not least, I want to thank brother Diesel for your support of Hobbs & Shaw. My goal was always, all these years, to come into the Fast & Furious world and help elevate the franchise in any way that I possibly could […]And of course, all roads lead to one thing. I’ll be seeing you soon, Toretto.”

It looks like The Rock and Vin Diesel have been able to mend whatever fences that had previously fallen down. That is probably what is best for business and for the entire Fast & The Furious franchise.

Thanks to EW for the quote