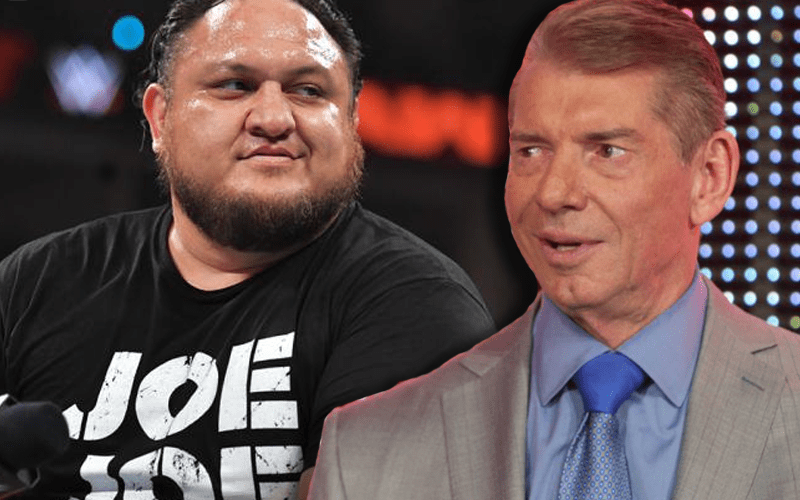 Samoa Joe’s road to WWE was a long one and it included a lot of time wrestling elsewhere. When Samoa Joe finally signed on and started in NXT, it didn’t take WWE very long at all to realize that it shouldn’t have taken that long.

While speaking to Fightful, Samoa Joe revealed that there were plenty of people who went to bat for him. That didn’t change the fact that Vince McMahon “vehemently opposed” the idea of bringing Samoa Joe in.

“Oh, there were tons here for years. Years. Vince vehemently opposed me being in WWE. He didn’t know me, wasn’t familiar with me. And now we have a great relationship, everything’s working fine.I think he just realize he already bought it, so he might as well use it. No, like I said, with every partner I’ve ever worked with it’s about time and understanding. And we’ve had some time and we’ve had some understanding. It’s working out pretty well.”

Samoa Joe has yet to capture a top title in WWE, but he’s come very close in the past. Perhaps one day Samoa Joe will receive the push in WWE that a lot of fans are anxiously awaiting, but it was apparently a struggle to get him signed in the first place.