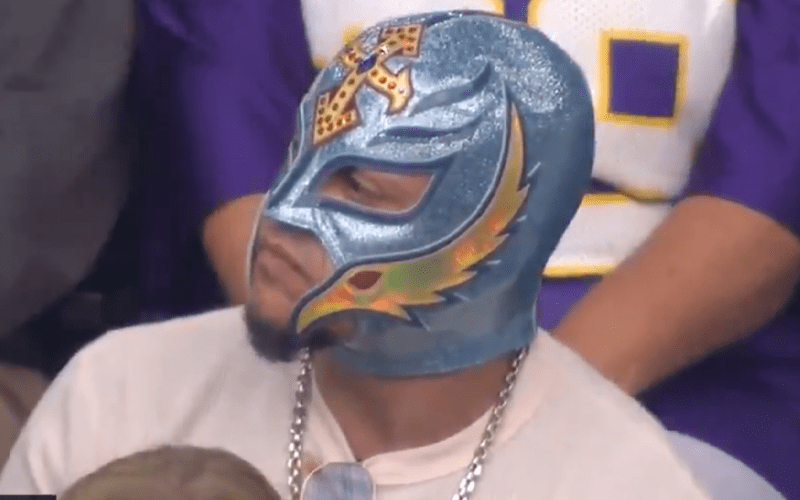 WWE is moving SmackDown to Fox on Fridays starting October 4th. This is very exciting for WWE fans because Superstars are going to start appearing across Fox Sports programming. This might not have worked out too well for Rey Mysterio today.

Mysterio was in attendance at the Vikings game today and he was spotted in the crowd. When he was shown on camera, the announcer really didn’t seem like he understood what Mysterio is about at all.

“Rey — he’s here! Look at him! He’s in his mask he’s like a luchador like Nacho Libre.”

They obviously didn’t understand that Rey Mysterio will often keep his mask on when he’s in public, especially if he might be on camera. The legacy and tradition of lucha libre masks might need to be explained as well.

Yes, Rey Mysterio is “like a luchador” because he is a luchador. He’s also really nothing like Nacho Libre. It’s just not the same and not even worth comparing. One is a legendary pro wrestler and the other is a Jack Black movie.

Needless to say, this might not have been the best way to feature Rey Mysterio on television during an NFL game.