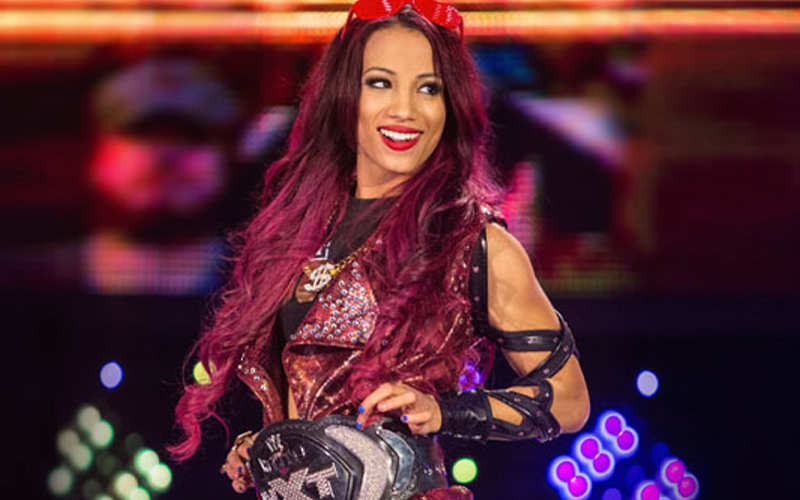 Sasha Banks has been through quite a journey through pro wrestling and it wouldn’t have been the same without Dusty Rhodes.

During her WWE Chronicle, Sasha Banks re-visited the WWE Performance. She sat on the ring apron beside the area where Dusty Rhodes used to hold his Wednesday morning promo classes.

This is when The Boss said that The American Dream was her only supporter when she first came up with the character we know her as today.

“This place brings back so many insane memories. We used to sit with Dusty and I remember my last promo before I left FCW I introduced ‘The Boss’ character and then we went on a little break to move here to the Performance Center in Orlando.”

“I remember people questioning me and the character but Dusty was the only person to say ‘baby, this is it, we’re gonna keep on working on it.’ He was incredible. He made so many people believe in themselves when others didn’t. A lot of people can tell you, you won’t make it, you’re not good enough and sometimes you just need to hear that one voice to tell you that you are good enough.”

We’ll just have to see whether Sasha Banks will be able to secure the RAW Women’s Title at Hell In A Cell. She will have a brutal match against Becky Lynch and it won’t be an easy win for anyone involved. One thing that we can be pretty certain of is that Dusty Rhodes will be looking down with a big smile on his face the entire time.