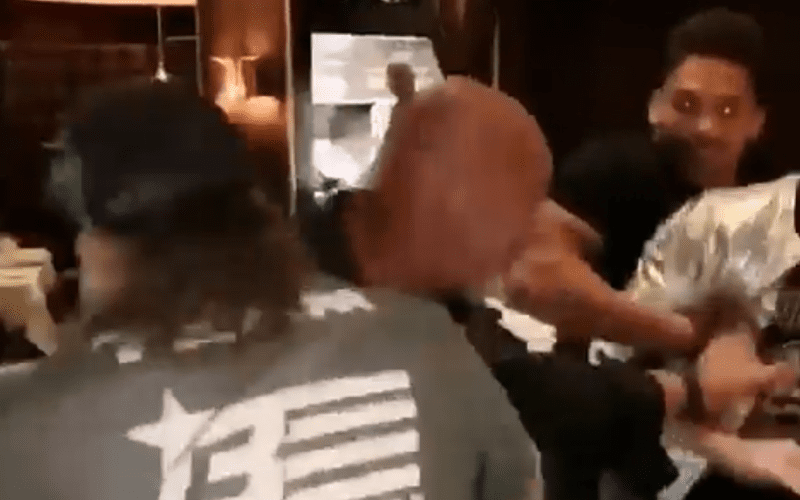 Goldberg shows up every now and then at this point in his career. His last match was against Dolph Ziggler, but their feud might not be over just yet.

The former WWE Universal Champion uploaded a very short video from an altercation in Las Vegas. He apparently had a run-in with Dolph Ziggler and they needed to be separated.

what happens in Vegas obviously doesn’t stay in Vegas! 😡 My usual stop at @andiamolv to see @richardwilk and @roynelsonmma came with an unexpected surprise. Looks like @heelziggler and I still don’t see eye to eye! Fortunately for him I wasn’t still hungry! AND @ufc ‘s @erykanders was there to help him get away!!!

It’s a good thing that there were people around to break up this fight. This is one of those times we really hope things are kayfabe because a public fight in Las Vegas is not a good look for either Goldberg or Dolph Ziggler.