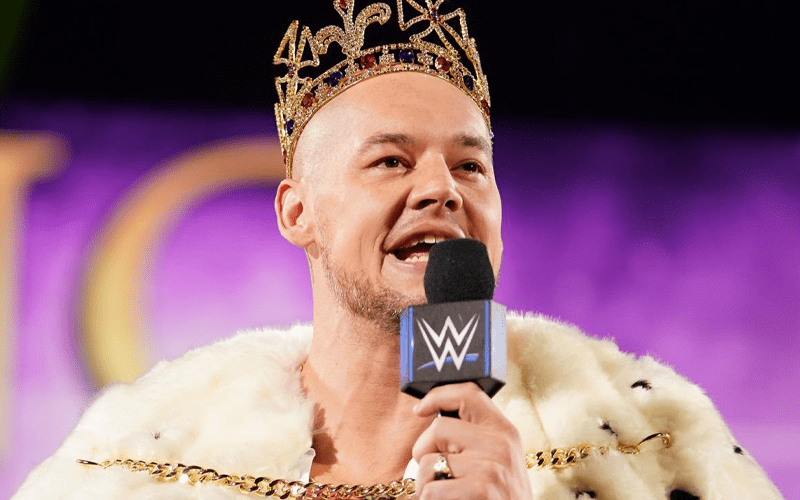 Baron Corbin won the King Of The Ring tournament, but not very many people were happy about it.

Chad Gable showed up and destroyed King Corbin’s coronation on SmackDown this week. That was a very unexpected spot which makes us wonder what is in King Corbin’s future since he lost his crown, scepter, throne, and cape.

It doesn’t sound like Baron Corbin is apologizing for anything as he stated that he won the tournament out of pure spite.

“Look, I’m at the top of my game. This King of the Ring tournament was full of competitors who wanted to be King, and well, you are looking at the King,” Corbin said during the interview.

“No one can stop me when I’m at the top of my game, and that’s exactly where I am,” he continued. “And we’re here at the University of Tennessee. Did you see those people out there? These people are not worth a celebration of a king. Plus I noticed a few smudges on my crown.”

Baron Corbin could make a great King regardless of if he has all the regalia. It’s also nice to know that all the heat from fans actually motivated him in the end.