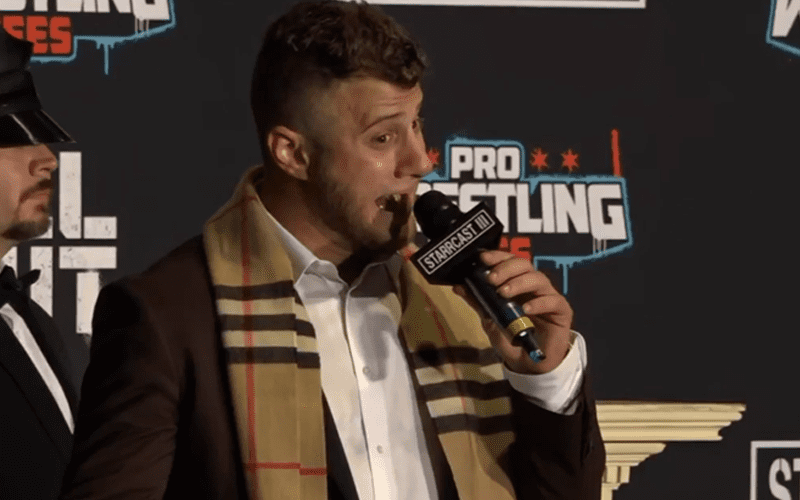 MJF is bound to get a lot of attention once AEW debuts on TNT. He will probably sell a lot of merchandise too, but don’t expect him to be nice to anyone just because they buy his t-shirt.

One fan recently tweeted out a side-by-side picture of himself wearing two of MJF’s AEW t-shirts. He said “MJF shirts changed my life for the better!”

This plug for MJF’s merch caused a response from The Salt Of The Earth. He might not have replied in the way this fan expected though.

TBH I don’t see how your life could get worse.

It just goes to show that Maxwell Jacob Friedman is going to be a big heel no matter if you’re putting money in his pocket.