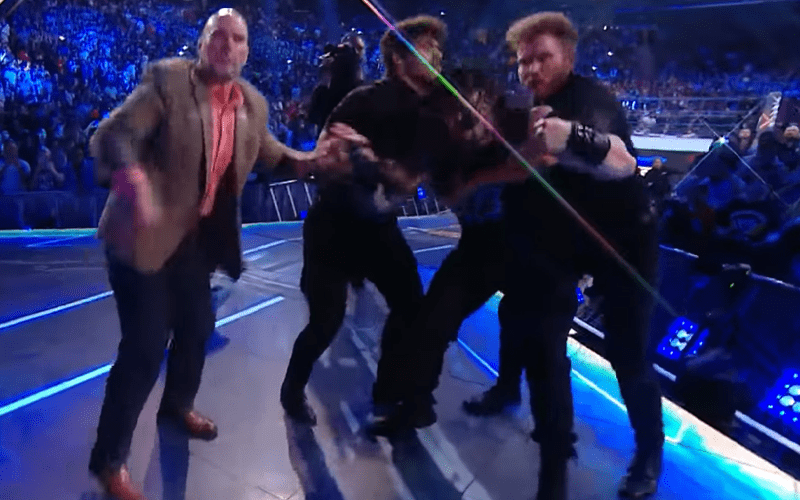 Roman Reigns and Erick Rowan will battle at Clash Of Champions, but their match will not be normal by any means.

Their collision this Sunday will be a No DQ match meaning that everything is on the table, including very heavy and expensive camera equipment.

During SmackDown Live this week, Rowan and Roman had a brawl and they made their way to the entrance area. This is when the former Wyatt Family member grabbed the gib camera and smashed it against Roman Reigns’ head.

WWE has released this unseen footage for all to see. They didn’t cut to it live, but now you can enjoy it here.

Let’s just see how intense things get at Clash Of Champions, but Roman Reigns vs Erick Rowan got pretty hectic on SmackDown Live this week.