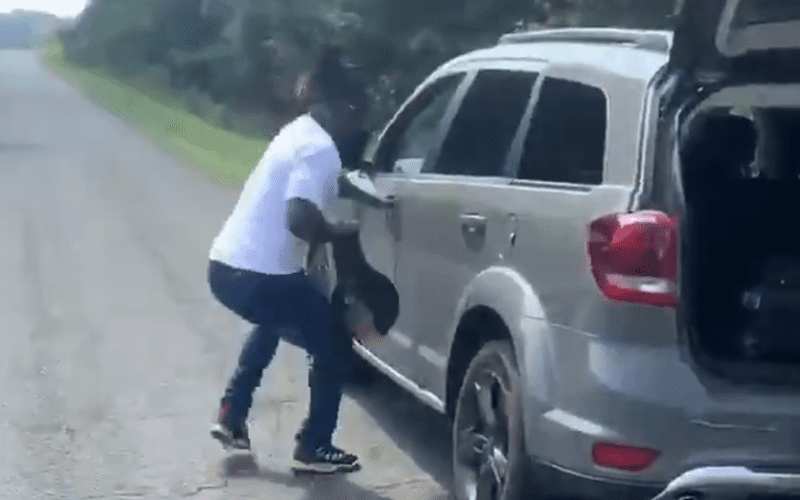 R-Truth is the WWE 24/7 Champion and now he’s running from everyone… including the police.

We’re not sure what Truth did to get pulled over, but the police officer was going to let him go with just a warning. He just wanted a selfie with Ron Killings.

Truth obliged and got out of the car. Suddenly, things went wrong when a WWE referee showed up. The officer rolled up R-Truth and tried to steal the WWE 24/7 Title with a schoolboy pin.

R-Truth kicked out at two so Johnny Law didn’t win the title that day, but that kickout looked like he made some contact to get separation.

The right prosecuting attorney might have field day with this one because there is footage of R-Truth not only assaulting a police officer, but also fleeing the scene after he was pulled over.

Thankfully, none of that “real world” nonsense matters in WWE.