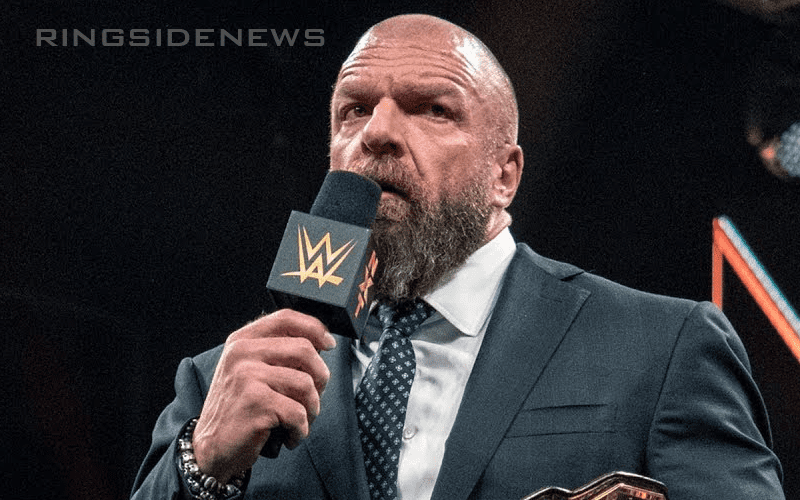 WWE has produced many legendary names and faces that people know who never watched a wrestling match in their lives.

While speaking to Sports Illustrated, Triple H was asked about WWE’s mainstream appeal. He started listing stars like John Cena and The Undertaker who transcend sports entertainment.

Even modern-day starts like Becky Lynch have experienced mainstream attention which helps ingrain WWE into the cultural fabric even more.

“The ‘Attitude Era’ changed the way people spoke and trash-talked one another. We’d see NFL players do the DX crotch chop when they’d score a touchdown, or raise their eyebrow and laying the smack down, Austin’s ‘Oh hell yeah!’, so much of that crossed over, like Cena’s ‘You Can’t See Me,’ too. That extends well beyond our business, and for our talent, that’s when you truly know you’re getting to the place you want to be in this industry. WWE has crossover appeal. Whether you’re a fan or not, people all over the globe know who The Undertaker is. So whether it’s Undertaker on College GameDay or Becky Lynch on SportsCenter, talent appearing on Fallon or throwing first pitches at baseball games, our talent are integrated into every walk of life. That’s an opportunity to platform WWE to people and being relevant on a day-to-day basis in pop culture.”

It might be a good idea for WWE to put even more focus on establishing top names that can cross-over. After all, The Undertaker won’t be wrestling forever and John Cena has already seemingly taken off for Hollywood.