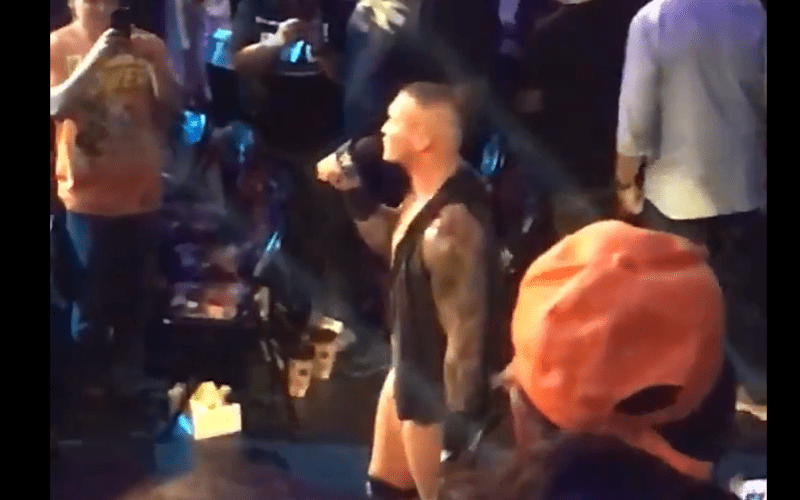 Randy Orton showed up to Madison Square Garden and he had a lot to say. As it turns out, not everything he had to say was appropriate for television.

Kofi Kingston was just trying to take a walk down memory lane when Randy Orton came out to ruin his fun.

This resulted in a brawl in the crowd and a big spot, but before that happened, RKO had a chance to drop a little profanity in MSG. While trying to decide what was more fake about Kofi, Randy Orton dropped a little S-Bomb.

“I don’t know if it was those dreadlocks, or that phony Power Of Positivity bullsh*t.”

They bleeped Randy Orton using the S-Word, but the live crowd really popped hard for it. This just goes to show that WWE audiences might be family friendly, but they also appreciate the implementation of a very good profanity.

Considering the fact that WWE heavily scripts their promos it’s easy to assume that they wrote that line with the intention of bleeping it out.

We have obtained an uncensored version of the promo, which you can check out below.