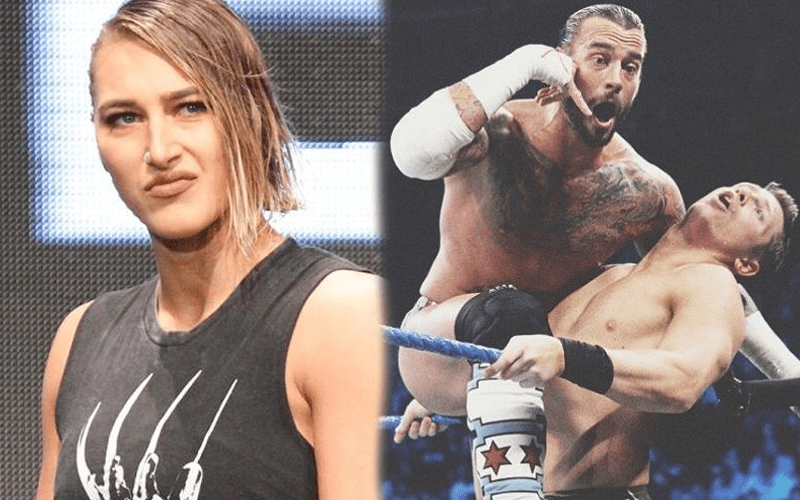 A good pro wrestler draws inspiration from many different sources. It seems like Rhea Ripley has been doing her fair share of homework.

While speaking to Revolver Magazine, the former NXT UK Women’s Champion discussed how she really looks up to The Miz. She loves the A-Lister’s attitude toward everything which brought her to put over CM Punk for the same reason.

I love The Miz! I absolutely love him. He’s so snarky and that’s who I want to be. I want to have cool comebacks and get people to listen to me and be invested in me. Even CM Punk — when he spoke, everyone listened.

We’ll just have to see how high Rhea Ripley’s star will shoot in the WWE Universe. She has a great look and attitude in the ring which has seen her adopt an impressive following so far.

Hopefully, there will be many more years to come of action from Rhea Ripley which could also see her improve even more on the microphone so she can drop her own pipebomb eventually.