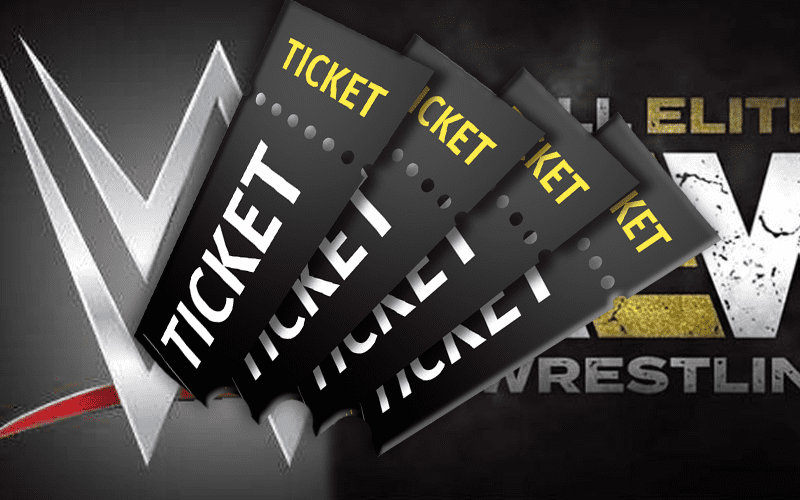 AEW might be the new game in town with a lot of buzz behind them, but WWE isn’t afraid to throw their weight around.

Tickets for AEW’s television shows in Charlotte and Chicago went on sale this week and as fans get tickets to those shows, they have other options. WWE also has events in the area that they are looking to sell out as well.

Clash Of Champions tickets are still on sale in Charlotte. That September 15th event might come before AEW rolls into town on November 6th, but it is still notable. AEW will be at the Bojangles Arena which is a smaller venue than the Spectrum Arena which WWE will hold the pay-per-view in, but WWE has sold around 8,000 tickets for that show.

The two pro wrestling companies are also colliding in the Chicago market as well. Tickets for AEW’s Thanksgiving show are already on sale for the Sears Center. The Wrestling Observer Newsletter noted that AEW has already sold 4,000 tickets for their next Sears Centre show.

Of course, WWE will be holding Survivor Series in Chicago this year on November 24th as well as TakeOver, Raw and SmackDown. It is reported that “all four shows have sold well.” Survivor Series is expected to sell 12,000 tickets and the other shows will probably bring in 8,500 to 9,000 fans.