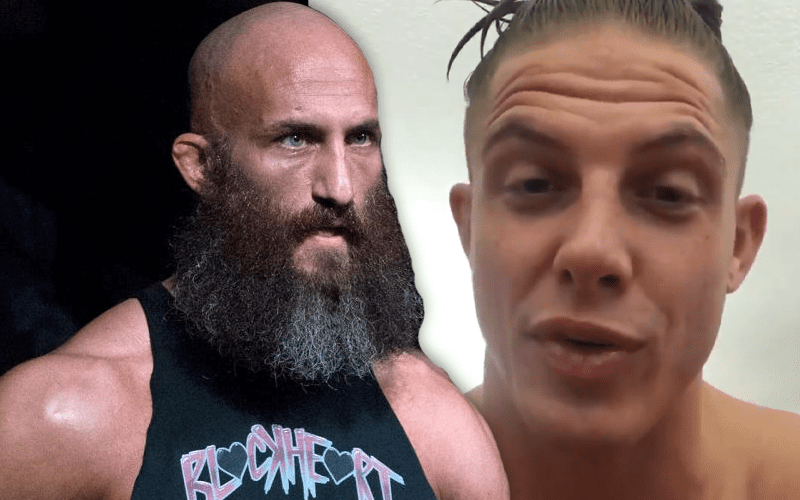 Matt Riddle might not be making very many friends right now. We’ll have to see whether this is playful banter or not, but it doesn’t look good.

We previously reported that Matt Riddle sent out a message to his ‘co-workers’ who wouldn’t give him a ride. Apparently, he was told that the car was already full of too much talent.

Tommaso Ciampa saw this video from Riddle and he might not have appreciated what he saw. He responded to imply that there was some “policing” going on within the NXT roster and yeah, Riddle can go f*ck himself.

The boys shall police themselves. Aka go f*ck yourself.

This is a very interesting reply from NXT’s Tommaso Ciampa. He has yet to make an in-ring return, but it’s just about that time for the Sicilian Psychopath.