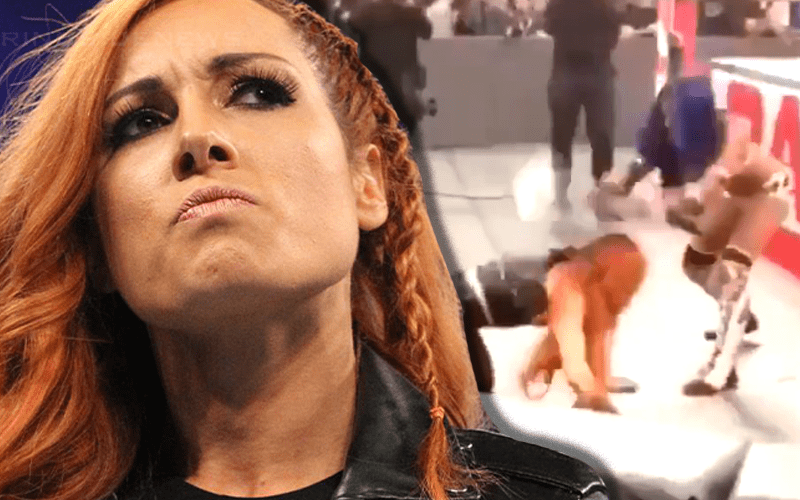 Sasha Banks made a big surprise return on the Raw after Summerslam, but The Man might not be over it quite yet.

In the process of that assault, Sasha Banks accidentally whacked Becky Lynch in the back of the head with a chair shot. It didn’t seem to phase Lynch, but then she got two weeks off.

During that time off she got engaged to Seth Rollins, but now that they’re back on the road she still might not be 100%. Rollins seemed to indicate over Instagram live that Lynch isn’t fully over that assault from The Boss.

Becky Lynch was quick to correct Seth Rollins letting him know that she’s fine, but he still didn’t seem to buy it.

Whether this is just the two love birds joking with each other or not is another story, but it’s definitely an interesting thing to joke about. WWE doesn’t take concussions lightly and that shot to the back of the head looked really scary.

Hopefully, Becky Lynch will be okay, but Seth Rollins seemed to make us think that she might still be feeling that beating.