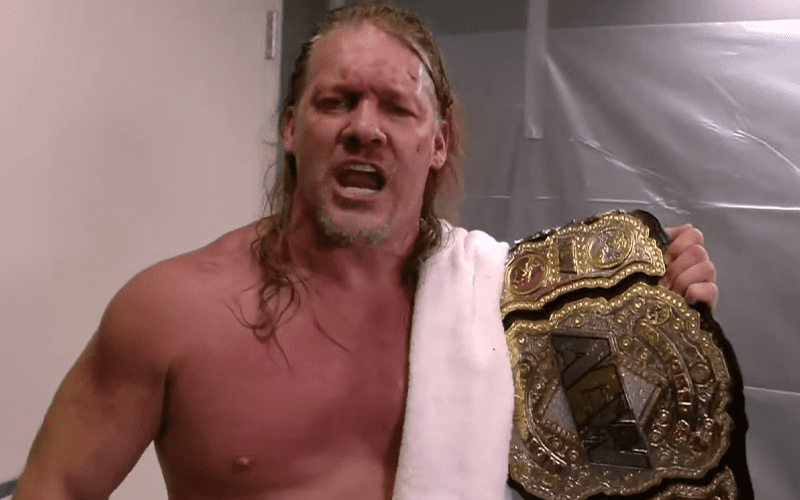 AEW All Out was a big night for pro wrestling and for Chris Jericho as well. He might not have officially received his thank you from AEW, but now he’s their World Champion.

After All Out was over, Y2J exited to the backstage area where the AEW roster was standing there watching him gloat. He was very pleased with himself for obvious reasons.

He tried to pick a fight with the Young Bucks backstage before moving to a private room where he opened two bottles of champagne for celebration. Then he was officially presented the new AEW World Title and had a big party.

It looks like Chris Jericho will be celebrating all the way to October 2nd when he will start AEW on TNT as their World Champion. Let’s just see who his first challenger is.