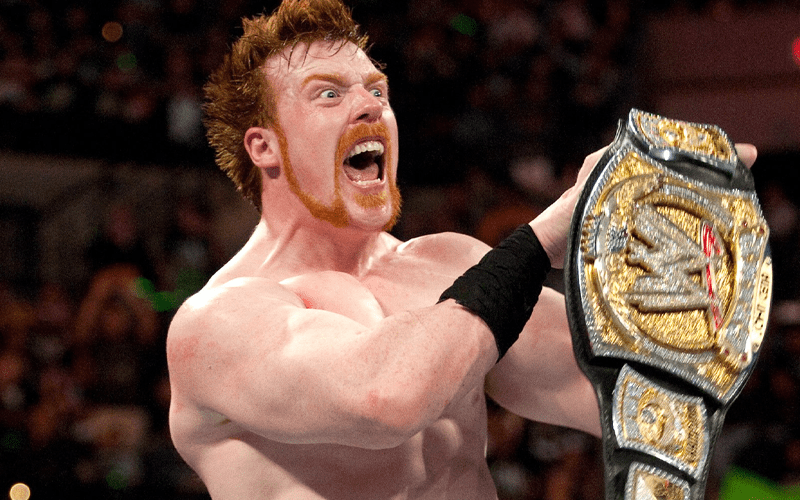 Sheamus has won practically every title in WWE except for the Intercontinental Title. He actually started out his WWE career with a bang and became WWE Champion very early on in his run as he defeated John Cena at TLC in 2009.

As he spoke to E&C’s Pod Of Awesomeness about his career, Sheamus revealed that picking up the title in that tables match was surreal. Then he had to go back to the locker room where there were some pretty pissed off Superstars waiting for him.

“Oh boy, boy did everybody get pissed off… the backlash I got over that was insane. There were so many people, so many of the boys at the time were so pissed off.”

“I don’t blame them, but yeah, I started with the hardest one. Start at the top and work your way down, you know what I mean? I mean that was crazy, that was insane. I remember the same night, it was TLC and they were like ‘John’s retaining’ I was like, ‘No worries. It’s great, I’m in a WWE World Title match in my second pay-per-view.’ Again, it was all mad. It was like being dropped in a tornado. It was a sink or swim type of deal and all of a sudden at the end of the pay-per-view at the end of the match I was holding the WWE World Heavyweight Championship, it was just insane.”

Sheamus had dreams of being in WWE his whole life and it finally happened for him. Two months later, he was holding the top title in the company. It might have been an amazing ride for Sheamus, but it still didn’t help any members of the locker room who had a problem that Vince McMahon went with Sheamus as champion so early on in his career.