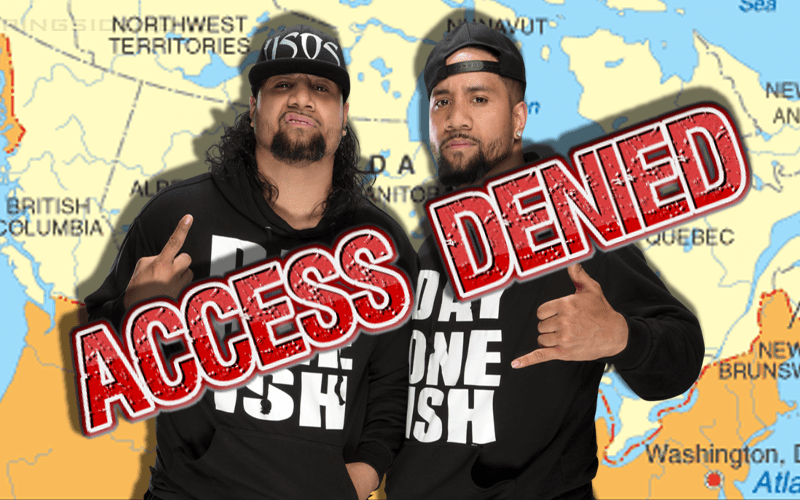 The Usos are not currently booked for Summerslam, but there might be a very good reason for that.

This reason also has little to do with Jimmy Uso’s most recent DUI arrest either. Because it involves some questionable choices the former champions have made over the years.

Getting into Canada isn’t as easy as you might think. This is especially true for people who have past DUI and drug charges. Due to Jimmy and Jey’s previous DUI arrests, they might not even be allowed entrance into Canada. This is a pain many performers have experienced in the past including Jeff Hardy.

According to DWIGuy.com, Canada is very strict about who they will allow admission into their country, no matter the reason they are trying to get in.

If you have ever been arrested or convicted for driving under the influence of drugs or alcohol, regardless of whether it was a misdemeanor or felony offense, you may be criminally inadmissible to Canada and denied entry at the border crossing. Regardless of whether or not you have any intention to drive while in the country, a DWI charge can cause you to get turned away at the border and can impede your eligibility across all Canadian immigration programs.

You can apply for a special consideration, but it takes a long time to process.

Jey Uso was arrested for DUI in January 2018 and Jimmy was arrested on DUI charges back in 2011 and then he was arrested again in 2013 for violating his probation by driving with a suspended license.