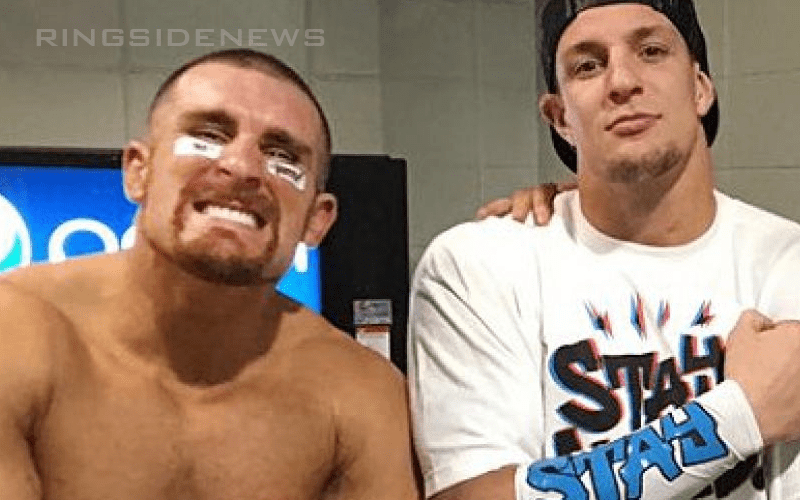 Rob Gronkowski is certainly someone who WWE would love to give a chance to. He would not only draw a lot of eyes to the product, but he is also good friends with Mojo Rawley already.

While speaking to the Baltimore Sun, Mojo Rawley was asked about his old friend Gronk. He said that right now Gronkowski must law low because he’s healing up. Then he will make a decision about the next stage of his career.

He just wrapped up a decade-long career breaking records. For every record he had he probably had as many injuries or surgeries putting his body on the line for the team and the fans. Right now he’s doing nothing. He’s going to lay low and stay off the television a little bit and heal up. He’ll reflect and make that next move and make that decision carefully. But in the future, we have talked about it extensively. Wrestling is something that he both loves watching, and that little bit of taste he had in the ring with me at WrestleMania a couple years ago with me got him all fired up. So, he’s ready to do something at some point.”

We will just have to wait and see if WWE Rob Gronkowski will ever end up in WWE, but it won’t happen until he is 100% ready to take on that next stage in his career. We have heard that acting might be in Gronk’s future, but you have to know he’s got a home in WWE if he wants it.