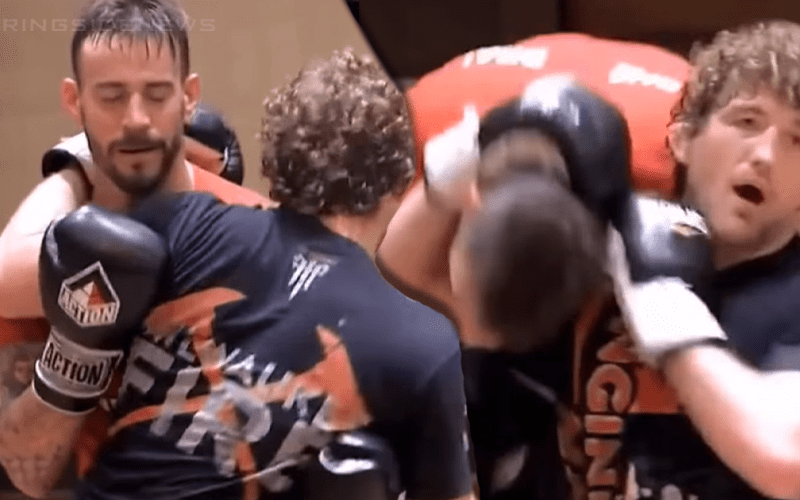 CM Punk is not making any return to pro wrestling public, but he’s not objecting to appearing out of nowhere in a mask to hit a GTS. He had no choice but to sell a Stunner when Ben Askren hit him with “Stone Cold” Steve Austin’s famous finisher.

We’re not 100% sure how far any talks have gone between CM Punk and AEW. At this point, it appears that CM Punk could be preparing for his next UFC fight if he ever gets one. It’s still nice to see that Punk has a sense of humor about his pro wrestling background.

He did’t sell the Stunner like The Rock might have back in the day, but he did at least drop to his knees with a smile on his face as if to say “You got me.” So he had to take a second and let the power of Ben Askren’s Stunner subside before getting back up.

This all went down as Punk was first making his debut in the UFC and training a couple of years ago. He accepted the moniker of “King Of Wrestling” in good fun and everyone had a laugh with Ben Askren hit him with a stunner out of nowhere.

Punk still had a great time as he was sparring with Askren. Unfortunately, sparring with a Stunner didn’t help him in the Octagon. You can check out the video below.

Thanks to Reddit User CulturalLoss for pointing out this gem