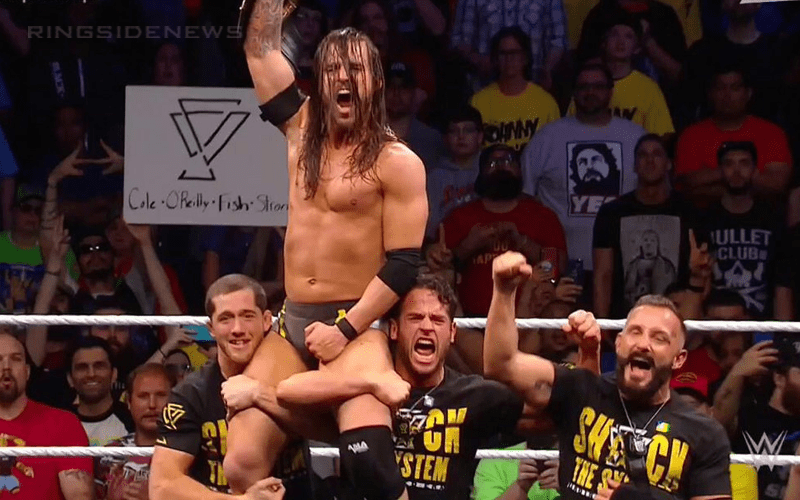 WWE’s NXT brand has plenty of Superstars with big aspirations for the main roster. If you ask Adam Cole, he is hoping to make the jump as a member of the Undisputed Era without the faction breaking up.

While speaking to The Charleston Post & Courier, Cole revealed his goals for the Undisputed Era on the main roster. They want to become one of the greatest factions of all time which isn’t out of the realm of possibility. They are still running their game in NXT right now, but they obviously have big plans once Vince McMahon calls their name for RAW or SmackDown Live.

“Make an impact with my three buddies. More importantly I want to make sure that we set the tone and we show the world that The Undisputed Era is one of those groups that will go down in history as one of the greatest factions of all time. The relationship I have with those three and the stories that we’ve told is something that I feel is very special … once-in-a-lifetime special. The main thing I’m focused on when going to the main roster is making sure The Undisputed Era makes as big an impact as possible.”

We will have to wait and see what happens next for the Undisputed Era in NXT. There could be some dissension in their ranks, but WWE has broken up stables in the past only to put them back together once again.

One thing we can be very sure of is that every member of the Undisputed Era has the capability of making a huge impact on the WWE main roster. The biggest question is whether WWE’s booking will have room for the four dominate members of UE when their time comes.