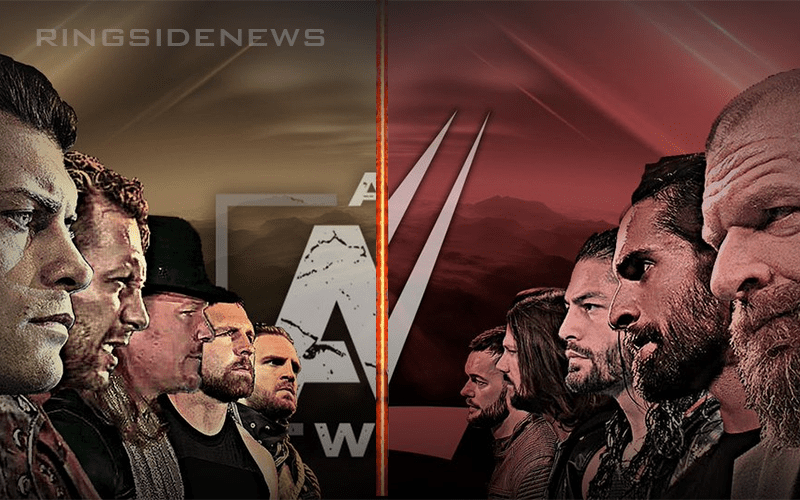 WWE has a lot of tools that they can utilize whenever they need to. After all, billions of television contract dollars can go a long way. That’s not even taking Saudi Arabia oil money into consideration. With AEW rising up and making their own waves, it will be a delicate balance of WWE counter programming them without making it too obvious that was the reason why.

Sean Ross Sapp reports that he was told that WWE is planning on going against AEW. This might not be the best news for AEW fans, but it might only prove to further motivate The Elite.

This is a very interesting report, but we should have seen it coming. After all, WWE Network didn’t just happen to decide to air the EVOLVE 10th Anniversary special on the same night as AEW Fight For The Fallen out of happenstance.