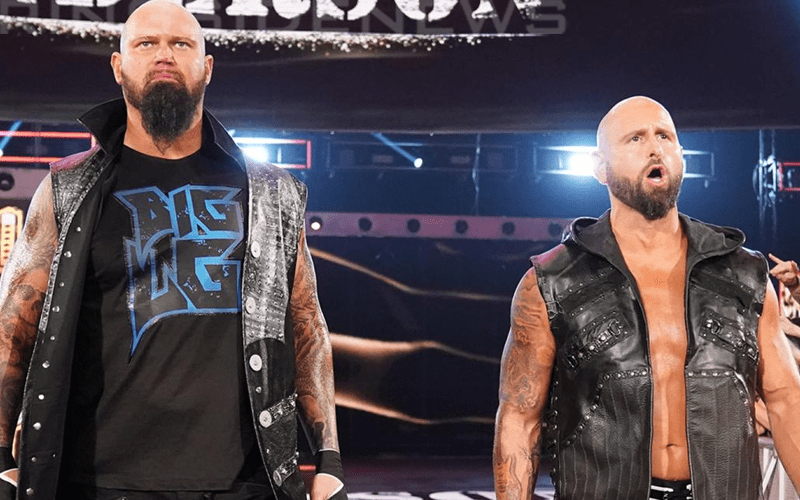 Luke Gallows and Karl Anderson were almost out the door, but they re-signed new WWE contracts. Those five-year deals are said to be massive which is what we would have expected from WWE at this point as they try to keep as many Superstars as they can.

Ryback does not approve of WWE’s tactics at this point because he was able to escape so many things when leaving the company. Still, he was happy for the Good Brothers as he spoke about it on Conversations With The Big Guy.

This still didn’t give Ryback an awful lot of hope that WWE will continue pushing Anderson and Gallows because he’s seen WWE pull this trick before as have we all.

“I’m happy for them. I’ve known Luke Gallows since Deep South Wrestling and Karl Anderson; they came up when I was still there and were brand new over there. I got along with Karl and can tell he’s a really good guy. They both have families. I’m sure they got offered a good amount of money. For them to sign a 5-year deal, I’m sure they looked at that financially and were able to creatively get something. It’ll be interesting to see how it will play out with them in WWE. They’re notorious for doing this in that they will book you really good to get you to re-sign but then a few months down the line it seems to go away. It happens time and time again.”

Hopefully, re-signing five year deals will convince WWE to utilize Karl Anderson and Luke Gallows a lot better now. Because WWE would be paying them a lot more to sit at home if they didn’t use them.

Ryback might not be too sure about how much longer WWE will keep pushing The Good Brothers, but we will remain optimistic about things for the time being.