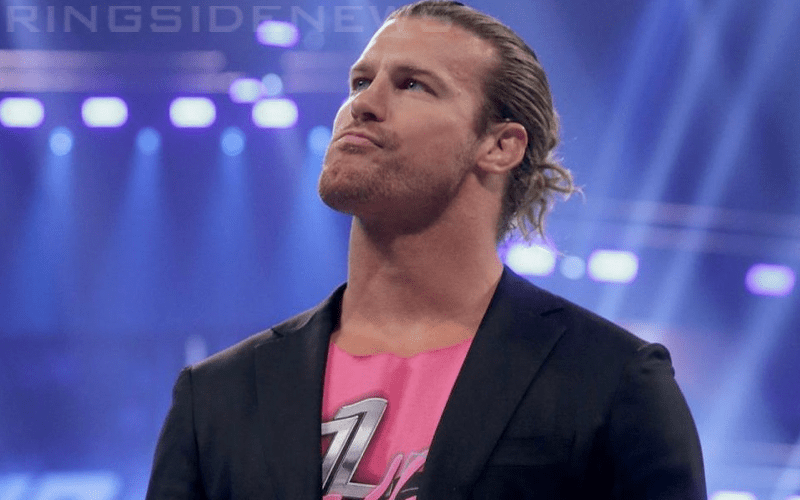 Dolph Ziggler made a return to WWE and it’s full-time at this point. He might be getting a great deal, but he’s still back on television practically every week at this point.

The Show Off is set to battle Kevin Owens this week on SmackDown Live. This might be his new feud because Fightful Select reports that WWE is now holding off on a rivalry with Ziggler and Ali.

It is reported that an idea pitched for Dolph Ziggler vs Ali has been “tabled” which means that it’s been postponed for consideration. It’s totally possible that they could re-visit the idea, but as of this week it looks like WWE isn’t going ahead with that idea.

There are a lot of options for Dolph Ziggler as he can fit into many different spots on the card. It wouldn’t surprise us at all to see his feud with Kevin Owens continue, at least through Extreme Rules, but there is also a change in power on SmackDown Live coming after Extreme Rules. Therefore, it’s anyone’s guess how Eric Bischoff will consider using Dolph Ziggler and Ali.