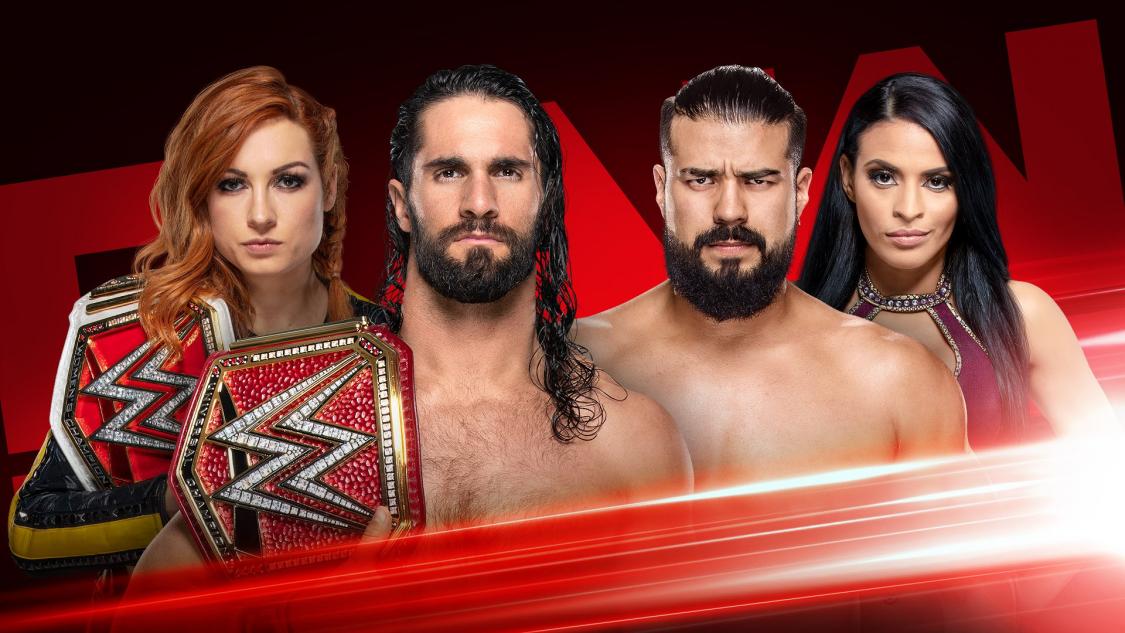 We see Drake Maverick’s wife sitting backstage. He runs up and says he survived the night but Truth then pops-out of the production box beside her with a referee and all four of them run off.

There’s an old man walking backstage with a mop, he’s limping. Shane McMahon and Drew McIntyre walk up and ask him to be Reigns’ tag team partner tonight.

We return to Shane and Drew still talking to the janitor. Shane says he can have $5,000 if he teams with Reigns tonight and just stands there. To which the man says yes.

The match gets underway and Bayley runs at Logan. She tries rolling her up but it doesn’t work. Bayley hits a springboard crossbody for a near-fall. Bayley connects with a running knee in the corner. She hits the ropes but Logan tosses her up in the air and headbutts her. Bayley rolls from the ring.

Bayley comes back into the ring and whips Bayley to the corner. She connects with a running dropkick. Bayley bounces out of the corner with a tackle to Logan but gets caught with a dropkick. Logan applies a modified sharpshooter to the SmackDown Women’s Champion but she gets to the ropes.

For some reason the fans started chanting “CM Punk” during this match. Logan looks to dropkick Bayley but the hugger dodges it and knees Logan in the face. Logan halts Bayley’s momentum once again. Bayley hits a knee to the gut, followed by a sunset flip bomb into the turnbuckles for the win.

Nikki Cross makes her way to the ring for her match with Dana Brooke, which she has to win in under 4 minutes 32 seconds.

The bell rings and Brooke leaves the ring. She claps her hands and points at the clock. The referee starts counting after 30 seconds or so. Brooke goes over and poses with Bayley. Cross eventually leaves the ring and chases Brooke inside.

She headbutt’s Dana in the stomach but gets thrown out of the ring. Cross mean-mugs Bayley before getting back into the ring and dropkicking Dana. Brooke rolls Cross up for a two count. Nikki punches Dana.

Brooke slams her, then goes up top and looks for a swanton bomb but misses. Brooke lifts Cross up but Nikki rolls down and pins her for a near-fall. They exchange pinfall attempts until Cross hits her swinging neckbreaker for the win.

Nikki beat Bayley’s time. She grabs the microphone and asks Bayley to get into the ring with her. She has something she wants to say to Bayley’s face, so the Champion climbs in. Cross says that, for the last few weeks, Bayley has been trying to convince her that Bayley isn’t her friend. But she thinks the problem is that Bayley doesn’t know what a real friendship is. Nikki says that’s OK, because she will prove what real friendship is on Sunday. And that’s because Bayley and Alexa’s match will be a two-on-one handicap match. Cross says Bayley should go find a friend of her own if she stands a chance of winning. Someone to slap some sense into her, so Bayley slaps Cross. Bayley hits her with the Bayley-To-Belly, then goes to the top rope and hits an elbow drop.

Mike Kanellis arrives backstage with ice cream and pickles, and she says she can’t eat that stuff because it will make her fat. She asks him if he would impregnate her right now if she wasn’t already pregnant. He says of course he would. Maria says she would never let him do it again, in fact, she’s not sure he’s the father at all. He stands up and she throws the pickles at him.

Corey Graves interviews Becky Lynch and Seth Rollins backstage. Graves asks how their relationship is going to affect their match at Extreme Rules, like what if one of them costs the other their title? Becky says Corey is trying to act like a big emo journalist. She says there are no rules on Sunday and when those two dopes lose that’s it for them. Lynch walks off and Seth smiles and says “what she said”.

We see a replay of Kofi giving Samoa Joe the finger. The Street Profits are watching the monitor backstage and Montez Ford starts to impersonate The Rock but Dawkins tells him to stop. Ford asks who will win between Samoa Joe and Kofi. He says he likes Kofi but he doesn’t want to get choked out, so he’s saying Joe. Ford then asks who will win the mixed tag match and Dawkins says Corbin, then says he’s joking. They banter back and forth.

After the break, it will be Shane McMahon and Drew McIntyre Vs. Roman Reigns and the mystery partner.

Roman Reigns comes to the ring, then Shane and Drew come out onto the stage. Shane says tonight will be a teaser for what is to come on Sunday. Drew says he can see through Roman; he likes to pretend he’s a nice guy and a role model, but he has no respect for authority. Shane says that, without further ado, he wants to introduce Roman’s tag partner….

GARY GARBUTT IS READY FOR ACTION.

The match gets underway and Roman floors Drew with a clothesline, then another. Drew kicks Roman but gets caught with a Samoan drop. Roman lines-up a Superman punch but Drew kicks him. Drew headbutts Roman, and he backs-up into Gary.

The Goat is legal and Drew tosses Roman into the ring post. Shane tags in and teases Gary. All of a sudden, Gary hits an enziugiri, then a springboard clothesline. Gary hits a springboard handstand into Shane, then flips over the ropes and onto Drew. He gets back in the ring and hits Shane with another springboard but Drew reappears and hits a Claymore and Shane covers for the win.

Shane forces Mike Rome to announce the win. Roman helps Gary to his feet and takes the mask off to reveal Cedric Alexander underneath. And that’s the end of Raw.

Let us know what you thought of this week’s show and be sure to come back tomorrow for more news and results. Until then, safe travels! 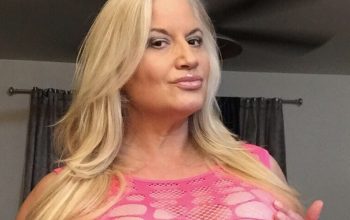