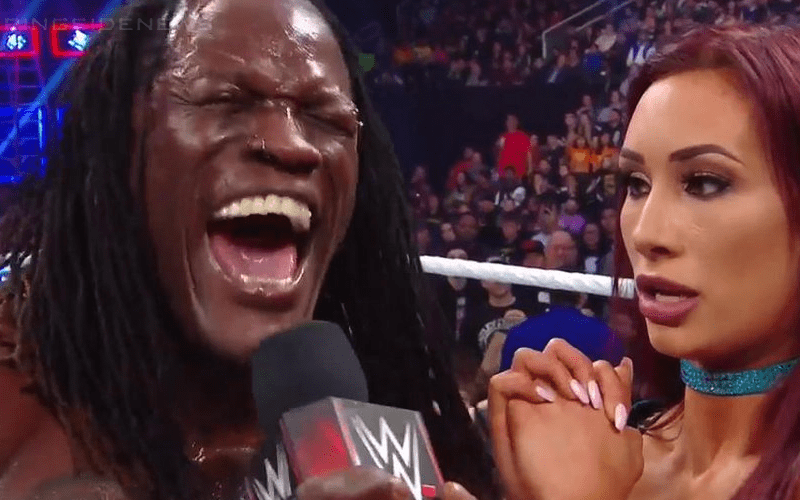 R-Truth has been in WWE for a very long time and he’s seen a lot of people come and go backstage. This journey through WWE has included a lot of promos and as he spoke to E&C’s Pod Of Awesomeness, Truth discussed one promo that Vince McMahon didn’t like.

Truth explained that he told Vince McMahon that the reason why that particular promo was bad. He said that the producer who told him about the promo and gave him direction was a “cornball” meaning that he didn’t do it in a funny way.

There are certain producers backstage who get R-Truth and he obviously works better with those people than those who will give him lines to recite in a boring way. This was something he expanded on while explaining some of his favorite people to deal with in this role.

“When I told Vince, I said, ‘Vince, can I explain something to you?’ He was like, ‘What?’ I said, ‘Y’all had a cornball give it to me.’ He said, ‘What’s a cornball?’ I said, ‘Well, you had a person that was like — he’s not funny. Bruce [Prichard] is more funny than him. Jeff Jarrett is more funny. Shane Helms.’”

“When these guys give me my promo or my pre-tapes, they’re like — they almost turn into my character, like, ‘Hey Truth, I can see you doing this here.’ And they’re doing me. And I get it, and I’m laughing while they’re doing my promo. Some of the stuff I did with y’all [Edge & Christian], y’all are telling what we’re gonna do, and we’re laughing at the idea before we even did the sh*t. And they give that guy my promo, he didn’t laugh the one time. He didn’t smirk, smile, snutter [snort & stutter], nothing, dog. You know what I’m saying?”

“So I was like, ‘Damn, I can’t be happy in this promo.’ And that was just my interpretation of it. Me, I take whatever they give me, and try to make it the best that it can be, man. And that’s just, I always believe you can take sh*t and make chicken salad out of it. And people will eat it [up].”

“If they believe — I can sell you some sh*t and you’ll eat it and [be] like, ‘That was the best chicken salad I ever had in North Carolina!’ You know what I’m saying? It’s all the way it’s delivered, it’s presented, and the way it’s advertised.”

R-Truth continues to be a Superstar who seems to just get it on-screen, but it also takes people behind the scenes who understand his voice as well. Making a great segment backstage is a collaborative effort which is something that R-Truth certainly understands, but sometimes it’s all about the person you’re working with that can really help bring out your best performance.