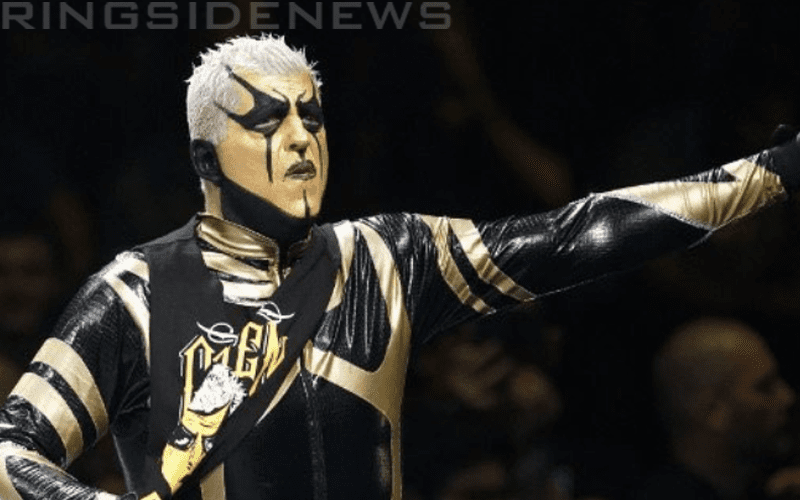 Goldust wrestled for a very long and Hall Of Fame worthy career with WWE. However, now that Dustin Rhodes is with AEW it might be doubtful that he will ever be properly honored by an induction.

During his time with the company, Goldust wore a full-body suit to the ring and it did not breath at all. In fact, Edge can remember seeing steam rolling out of the Bizarre One’s suit as he revealed on E&C’s Pod Of Awesomeness.

“Bless his heart, Dustin [Rhodes] with that full body PVC [suit]. Man I felt so bad for him in that thing because you could…I remember working him and seeing him turn his head and steam coming out of it. You talk about it being hot out there in jeans and a jacket, well imagine a PVC suit that doesn’t breathe at all. And I literally saw like…you know when you’re sweating pretty good and you’re in one of those like, old arenas, and you can see the steam coming off you, right? Well it came out of his suit. It was crazy.”

It’s hard to imagine what it would be like to perform in such heat without giving your body the ability to breath. It might also be hard to keep a suit like Goldust’s clean after such a grueling match in the ring.

This just goes to show what Goldust was willing to do for his character because he gets way hotter than some might realize in the squared circle.