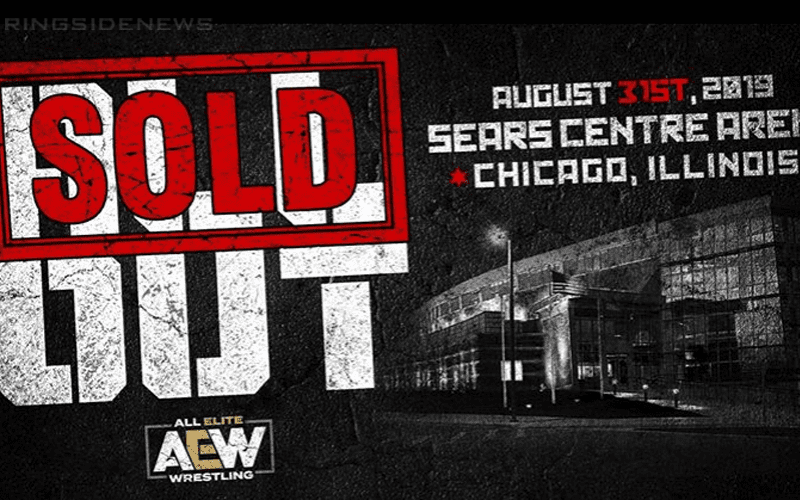 AEW Double Or Nothing sold out in four minutes and ALL IN would have sold out in much less time than it did if it didn’t crash the website. Tickets went on sale at 12:00 PM for All Out and at 12:32 AEW’s official social media accounts let everyone know they can stop trying to get tickets. They actually sold out in around 15 minutes.

They have two matches announced for the next AEW pay-per-view. Adam “Hangman” Page will face Chris Jericho to become the first-ever All Elite World Champion. Jon Moxley will also throw down with Kenny Omega in Chicago. There will likely be plenty more matches to come and we can only guess what they might be able to book.

At this point, they could book interpretive dance groups and a puppet show to take up the remaining time for All Out. Because every seat is sold. Of course, they will produce the best Elite action possible, but the point is that this event sold out with only two announced matches.

ALL IN sold out with zero announced matches and we only knew a couple of big names that would be there including Rey Mysterio. So maybe they didn’t even need to announce what they have so far.

Either way, All Out is now sold out and they did it in around thirty minutes. Not bad for a t-shirt company.