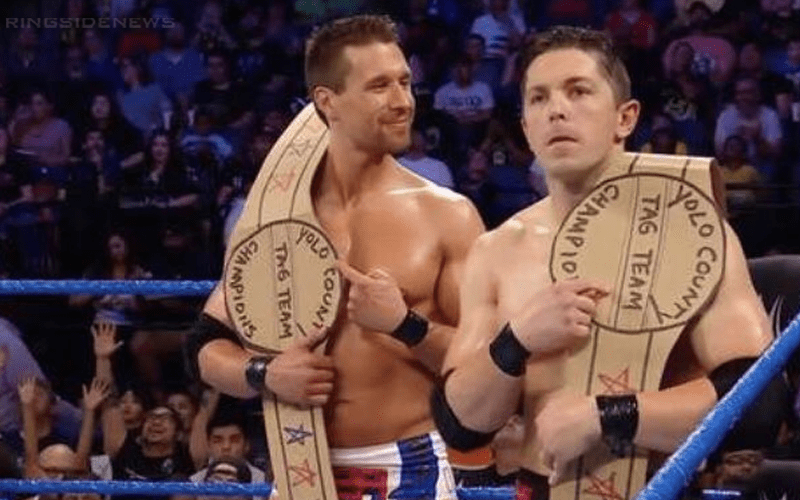 WWE sometimes calls in talent for one night only when they are needed to work for a spot on any given show. This time two local competitor were called to fill in the roles of Yolo County Tag Team Champions on SmackDown Live.

They might have been originally set for a title unification match against Daniel Bryan and Rowan, but Heavy Machinery soon took on the Yolo Champs instead. It didn’t go well for them, but that’s expected for enhancement talent.

The identities of those men last night were AJ Kirsh and Dave Dutra. Kirsh has appeared for WWE before as he lost a squash match to Brodus Clay in 2011. He is also the voice of Hoodslam and stared as the model in the WWE 2k franchise’s MyCareer Mode. Both men have appeared in several indie wrestling companies over the years as well.

It might have been a small role to play the boys from Yolo County, but you never know how a small role could translate into something much bigger if given the right circumstances. Either way, they played their parts very well last night as Heavy Machinery ended up looking like stars.