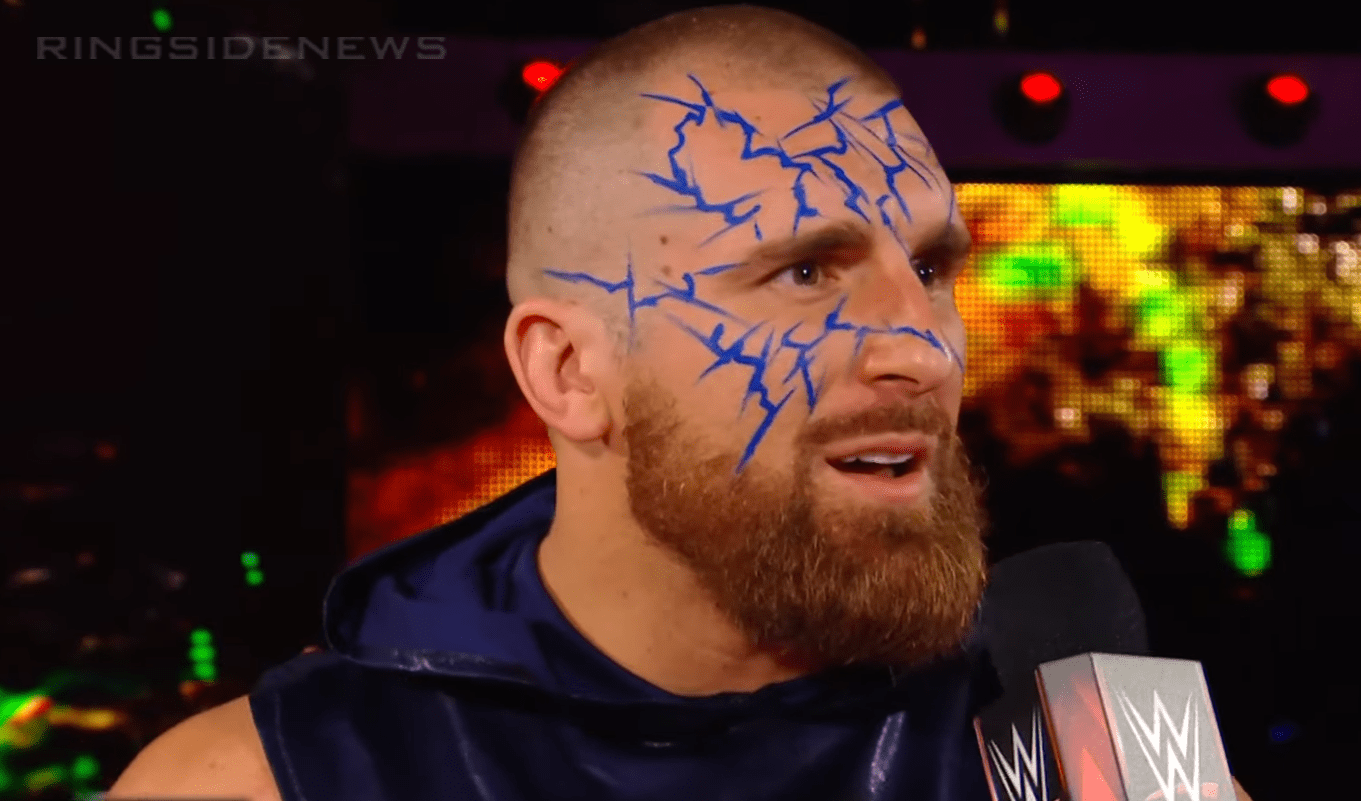 Mojo Rawley debuted a new character a few weeks ago and it’s pretty much like his old one, but he has blue veins on his face. Last week he had a chance to cut a promo, but it was during a commercial break and this week he got the same treatment.

Whether it’s on live television or not, Mojo Rawley is still going to go out there and give it his all. Because he knows the boss is watching. So he’s perfecting his promo skills and getting a little practice drawing heat on himself.

San Jose wasn’t very accepting to see Mojo Rawley because he wasn’t happy to be there. He called San Jose a “B-Level city” while saying he’s an A-Level player.

You can check out the promo below as Mojo said that he’s able to master his reality which is why he has the shattered glass warpaint on his face and he wears it proudly.