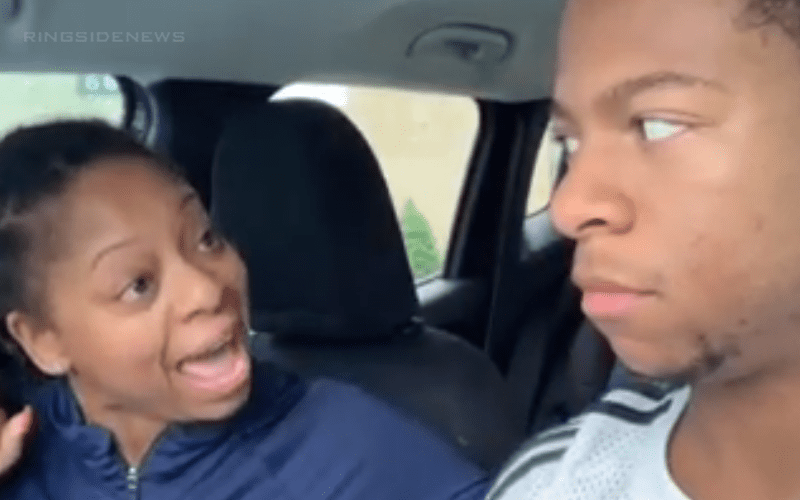 Some people have a mother that loves to embarrass them. If your mother loved to put you in awkward situations then you might have a lot in common with Lio Rush because so does he.

Rush recently uploaded a hilarious video on Instagram featuring his mother. The Man Of The Hour didn’t seem amused at all with his mother’s rendition of “What Have You Done For Me Lately” by Janet Jackson.

Why can’t i just have a peaceful #monday morning @mrssingmeasong 🤦🏽‍♂️ Who else’s mom does this? Lol

You can check out the video below. The fact that Rush’s face doesn’t crack at all as his mother sings to him should earn him a lot of respect in anyone’s book.

The fact that Rush’s mother was singing about someone thinking they’re “God’s gift to this earth” is also rather ironic considering that she was pointing at her son.

Lio Rush might rather be making RAW with WWE tonight, but at least he’s getting in some quality family time.