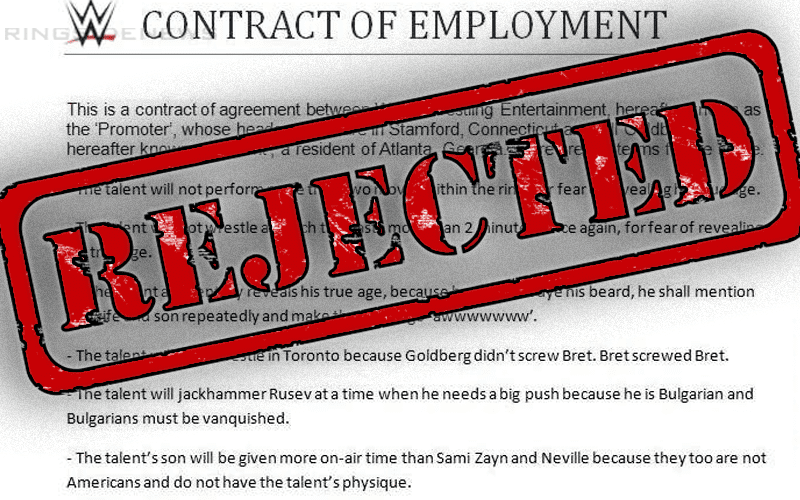 WWE has a few Superstars right now who wish that they weren’t tied down to deals with the company. NXT Superstars have different contracts than WWE Superstars, but they make a lot less as well. Therefore, if an NXT Superstar is called up to the main roster they are generally offered a longer and larger WWE contract.

Dave Meltzer was asked during Wrestling Observer Radio if an NXT Superstar could just opt not to sign a WWE deal once it is offered to them. It will be very interesting if we actually see someone attempt this because it might not have the best results.

“I mean you could do that, but I think that you would be thought of like really badly. I mean you can do anything.”

It was explained that NXT Superstars don’t have the money already that WWE Superstars like Roman Reigns or Daniel Bryan do. They also don’t have the name value that would require special attention. Therefore, the company might not care as much if they left. It’s not impossible to picture an NXT Superstar turning down a WWE contract eventually, but it might not be the best thing for them to do.

“An NXT guy that would do that I don’t think it would go over well.”

You never know what could happen in pro wrestling, especially as a new war between promotions seems to be brewing. An NXT Superstar might also want to turn down a main roster deal simply because they don’t want to leave NXT.

One might assume that someone like Adam Cole could reject a WWE deal upon his main roster call-up and know he has a spot in AEW without even asking. Needless to say, things can get really tricky when written contracts are in place.