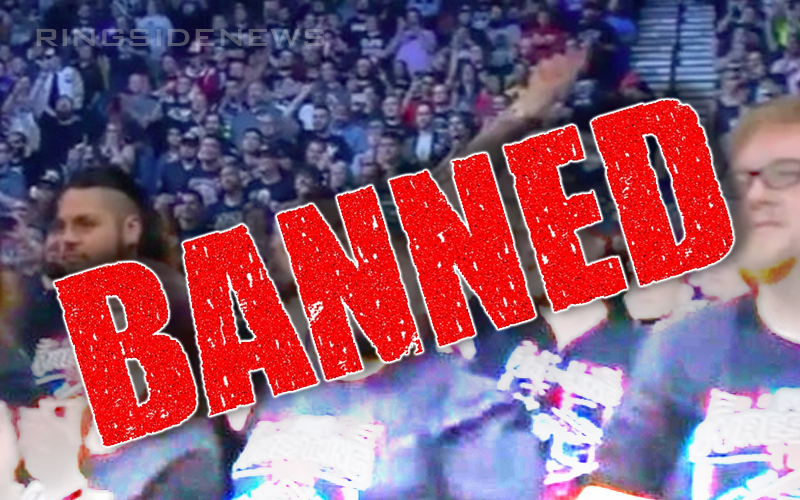 AEW has a lot of fans, but it turns out that they are not shy at all about banning people already.

One fan tweeted out a picture of himself at AEW Double Or Nothing while saying: “So this f*cking nerd next to me asked me to leave #DoubleOrNothing if I was gonna be transphobic. I thought #AEW is for everyone? #AEWDoN”

Another fan called attention to this fact by simply hoping that they ban this fan from upcoming events due to his transphobic mindset. AEW is for everyone, but that does not include bigots.

Matt Jackson replied saying: “We just banned him. Thank you.”

This should serve as a lesson. Wearing AEW merch to WWE events might get you banned, but being vocal about being a bigot will get you banned from All Elite Wrestling events.

This seems like a much more reasonable cause for banning someone.