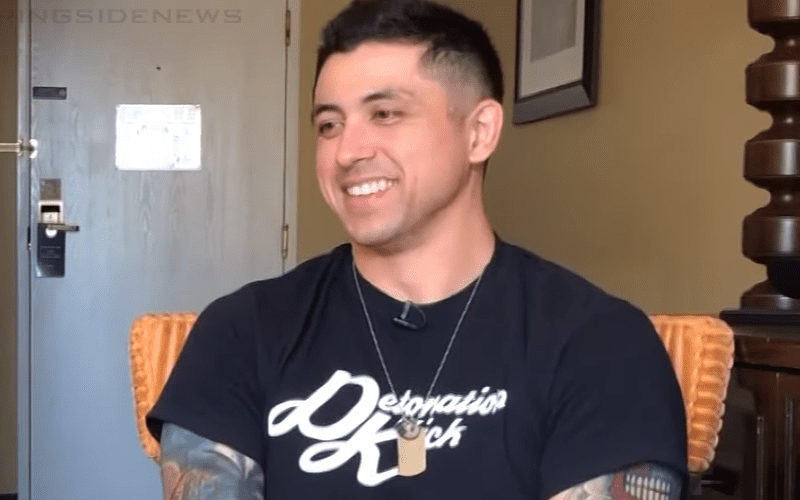 TJP was released from WWE in a rather surprising fashion. He called himself “The poor man’s Rock” while speaking to Chris Van Vliet. TJ Perkins also thinks that Dwayne Johnson should run for president, or at least he’d vote for him. While speaking to CVV, TJP also disclosed some very interesting aspects of his WWE career.

Parker’s road to WWE was a long one, but he had worked briefly for the company in the past in dark matches. Therefore it wasn’t that big of a deal to him to make it to Vince McMahon’s company.

“I wasn’t really on my bucket list anymore like even at the time that we did it like when we did the [CWC] I didn’t think I was gonna stay in WWE. They hadn’t offered me anything. I thought I may do a round a leave or something like that.”

“I had just gotten out of TNA. I really wanted to go back to Japan, go back to Mexico. My heart really is in those places, especially Lucha Libre. So I really wanted to do that. I wasn’t even thinking about WWE. I just had a feeling that the Cruiserweight Classic would be this generation’s J Cup. I had the foresight to see that at least that would become an important moment in time.”

“Because at the time coming out of TNA I started to see the X Division in ’04, ’05, ’06 for like teenagers who were just getting into wrestling I’d see them 10 years later and I’d do a meet and greet and would talk about me and Alex Shelley and things like that like the way used to look up to Guerrero and those guys in WCW like Rey. It was weird, but to them that’s what that was.”

TJP said he realized how important the CWC was at the time so he agreed to do it. He said that he had his fill of WWE when he was 21 when he did dark matches for the company and he also walked into FCW. Perkins was also a member of the UPW class alongside John Cena. However, he didn’t really want to go back to WWE.

“By the time the Cruiserweight Classic came around it was like I don’t care if I have this necessarily, but it just felt like the right thing and the right time and Regal was the one who kinda talked me into it so I didn’t think about staying necessarily. I wasn’t even under contract when I won the title. I could have went Madusa on it.”

Of course, he was referencing the famous angle in WCW when Madusa showed up on Nitro and threw the WWE Women’s Title in the trash.

Now TJP is enjoying himself on the indies which is something he never got to experience. Hopefully, he will continue to make the most of it and it sounds like he’s kept himself booked very well.