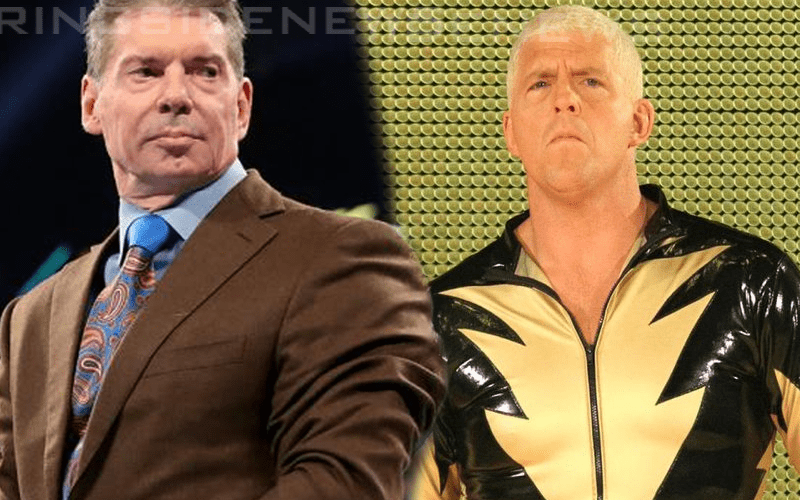 Goldust is now Dustin Rhodes once again and he is booked to work AEW’s upcoming Double Or Nothing pay-per-view live from Las Vegas. Rhodes’ match is against his own brother Cody so that makes it even more special. Dustin is celebrating his freedom from WWE in a big way and it looks like that includes some pretty impressive merchandise.

Dustin Rhodes is no longer with WWE, but that doesn’t mean that he has forgotten about the company he worked with for a majority of his career. During Goldust’s time in Vince McMahon’s company he saw a name change take place from WWF to WWE and he wanted to mention that on a t-shirt.

There is a classic t-shirt design that’s been around for years of a panda bear steel chair shot with “WWF” behind it. This signifies the World Wildlife Fund’s victory over WWE in court which caused the company to change its name.

The shirt currently being sold on Dustin Runnel’s official store is a brilliant take on that classic idea. Instead, it shows a panda bear wearing Goldust’s makeup is hitting Vince McMahon with an elbow drop from the top rope.

This is a very interesting t-shirt design to sell, that’s for sure. The old-school WWF logo in the background was a really nice touch too.