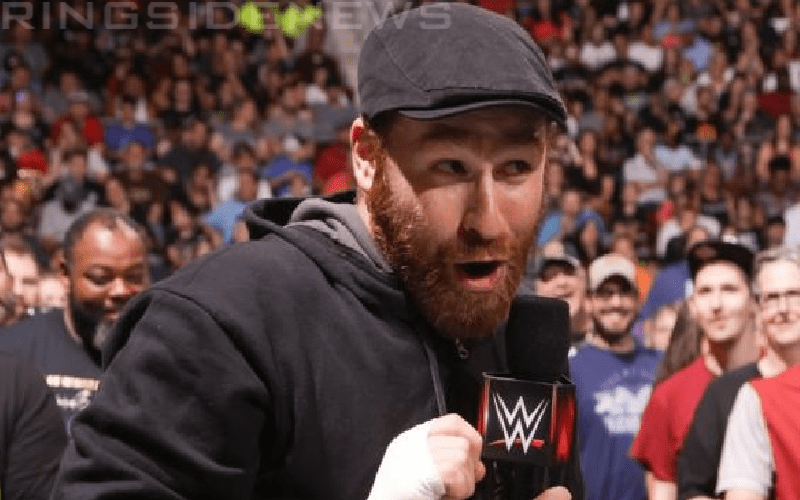 Following some interesting comments from her on social media, Sami Zayn has invited Paige to join her ‘cult’.

Since returning to WWE, Zayn has made it perfectly clear that he isn’t happy with, well, just about anything or anyone. He is openly attempting to wind up the masses, and it already seems to be working with many members of the WWE Universe praising his heel work up to this point.

Of course, there’s always room for growth and improvement when it comes to these kind of ’causes’, which is probably why Sami went out of his way to invite former Divas Champion Paige to join him.

Paige is obviously no longer an in-ring competitor as a result of accumulated injuries, but even with that being the case, she could still be a valuable member of the main roster in some way, shape or form.

A lot of folks tend to believe that her best work was done when she was a heel, which could be one of the reasons why fans have reacted positively to this idea on social media – which is ironically the very same thing these two are criticising.

Things are looking pretty bright in regards to the future of WWE and there’s no real way of getting around that, with Sami Zayn being one of the guys who could wind up being a big player in the years to come.

Can he rise all the way to the top and challenge for a world title once again? Only time will tell.