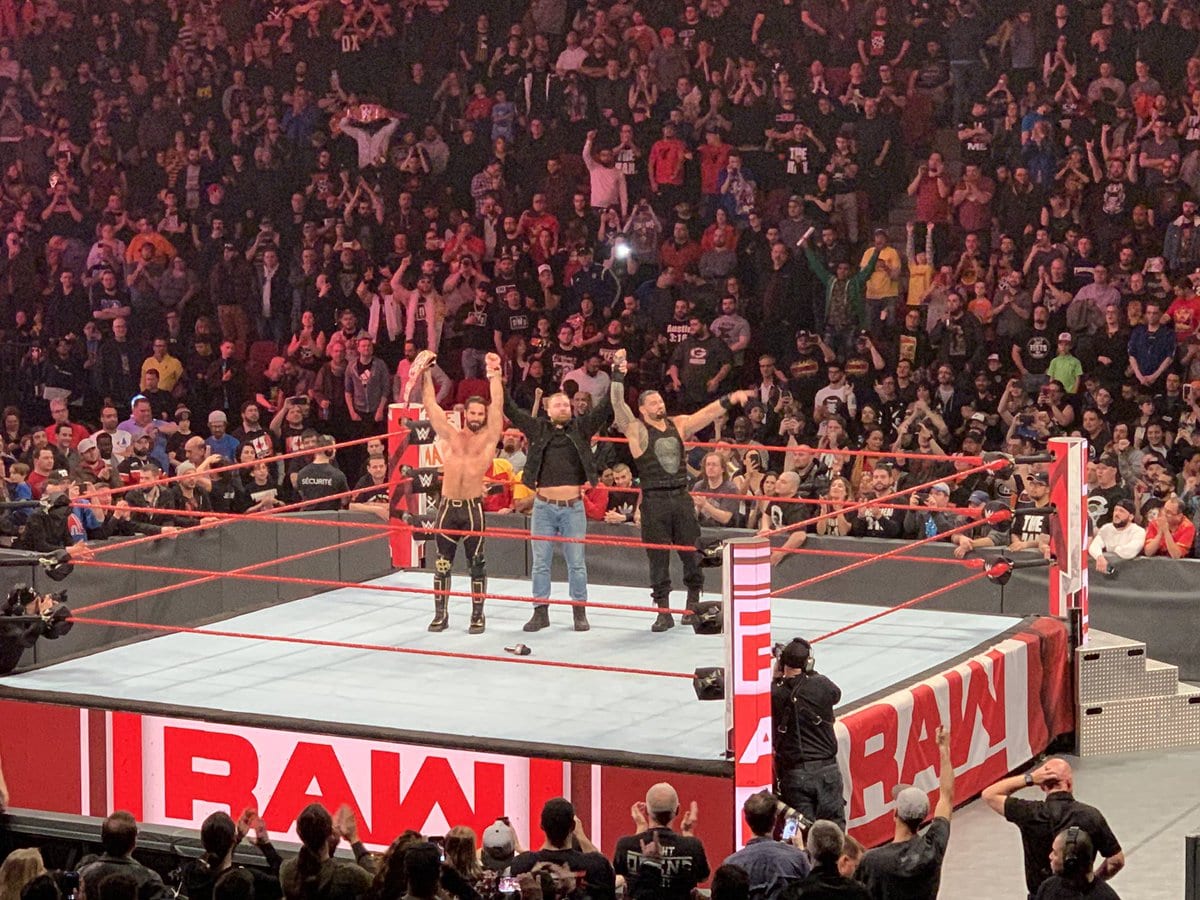 Dean Ambrose, who did not appear on this week’s episode of RAW, made an appearance after the camera’s stopped rolling at tonight’s event in Canada.

After the main event, Seth Rollins put over Roman Reigns before bringing out Ambrose. Rollins explained that he had no choice but to bring him out because his wife, Renee Young, is Canadian.

Below is a photo of Ambrose standing with his Shield brothers.