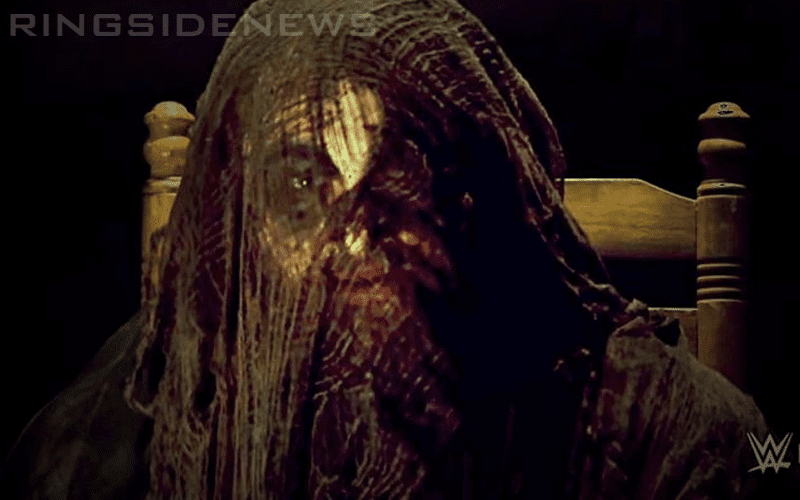 Sister Abigail is Bray Wyatt’s twisted sister always telling him wise things in a very spooky way. Now WWE might have some use for her because they’re not letting someone else use the idea.

Bray Wyatt almost became Sister Abigail at one point, but Wyatt got the mumps and had to be pulled from TLC which set up AJ Styles vs Finn Balor in a dream match we need to see again. Indie wrestler Tatevik tried to trademark “Sister Abigail” for use on the indies which was a great idea because WWE surprisingly didn’t have that one locked down.

Sister Abigail has been absent from WWE television along with Bray Wyatt, but even though she’s been killed off more times than we know there is always a chance we could see Sister Abigail eventually.

WWE opposed Tatevik’s attempt at trademarking the “Sister Abigail” gimmick on the last day they could possibly do so. On March 20th, WWE filed an opposition to Tatevik’s filing.

This could hint at the fact that WWE wants to keep the Sister Abigail gimmick in their back pocket just in case they want to use it later. Then again, it might just be another case of WWE not wanting anyone to have something they had a hand in creating. Because they claimed that she was trying to usurp the gimmick that they created which is very true in a lot of ways.

You blame her for trying.