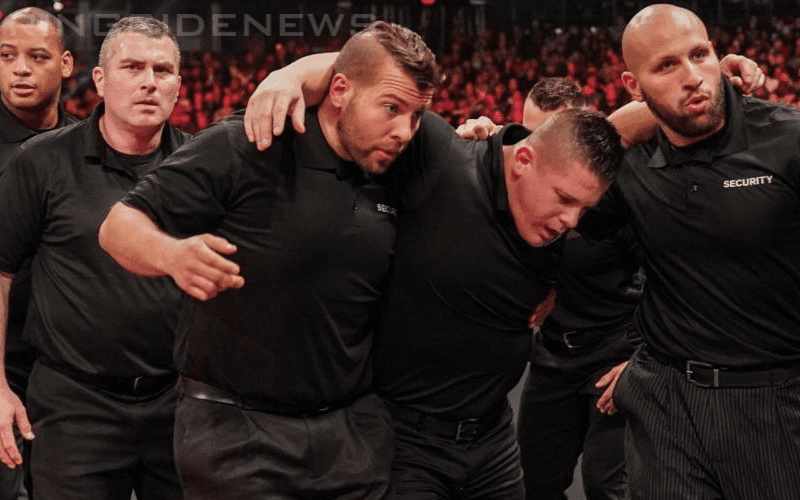 Ronda Rousey made very quick work of Dana Brooke last night on RAW, but the action didn’t stop when the bell rang to stop the match. Rousey kept hold of her armbar and security had to run down and get involved.

At one point during the chaos, Rousey’s husband Travis Browne took a shot at a security guard and laid him out. This is a very interesting decision and was certainly done for a reason.

Robert “Ego” Anthony who also wrestles as Egotistico Fantastico on the indies was Browne’s target during WWE RAW. He sold the forearm from the UFC fighter well because he has a lot of experience in the ring.

Anthony was actually signed to a Deep South Wrestling deal in 2006 and was there for two years actually making the transition to FCW before he was eventually cut from WWE’s developmental system. The Illinois-based indie wrestler has been consistently since and he certainly got a great gig last night as he was the star of the show for a moment as Browne laid him out.