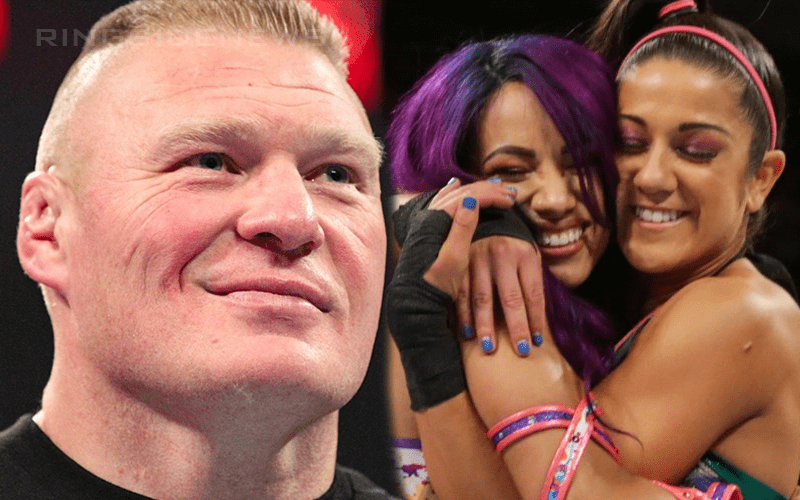 WWE introduced Women’s Tag Team Titles and crowned their first champions at the Elimination Chamber event in February. This was a long time coming for the women’s division and was a huge moment for Sasha Banks and Bayley’s careers. They have defended their titles proudly and are glad to accept opponents from any WWE brand including NXT.

Banks and Bayley defended their titles for the tenth time at WWE’s live event in Edmonton on Friday night. They won their title defense over Liv Morgan and Ruby Riott and the Canadian crowd was very happy for the babyface team.

What fans might not realize is that The Boss n Hug Connection has already defended their belts more in the weeks that they have held those titles than Brock Lesnar defended the Universal Title in the entirety of 2018.

The Beast Incarnate defended his WWE Universal Title a total of eight times in 2018. This includes four title defenses at WWE live events. If you want to include the match at WWE Crown Jewel where Lesnar won the Universal Title, but it was vacant before the match then that still won’t tie the Women’s Tag Team Champions.

The Boss n Hug Connection defended their WWE Women’s Tag Team Titles for the tenth time since winning their titles on Friday and they’re likely not done yet. However, you never know what Brock Lesnar could be up to after his match against Seth Rollins at WrestleMania 35.